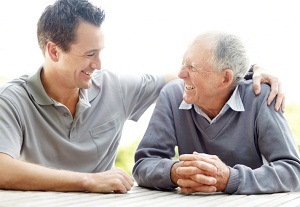 Guilt is a great connector. It can be the adhesive that keeps us bound to people in our lives in ways that are not constructive. It can interfere with our ability to express our thoughts and feelings and to be our authentic, individual, unique selves. Instead, we set ourselves aside and act as if we agree, when we don’t, over-involve ourselves in the lives of loved ones, or make the needs of others primary and neglect our own. Sometimes we can’t even acknowledge to ourselves that we are responding out of guilt in ways that we don’t want to be behaving. In other situations when we experience such strong, internal demands to make the other happy, guilt makes us feel helpless and out of control.

The reasons we feel guilty and the ways we respond to our feelings vary greatly from person to person. In my experience as a therapist, so many clients feel helpless in the face of their guilty feelings. It is frequently inconceivable that they could behave in ways that honor who they are by prioritizing their needs because it is intolerable to feel they are creating pain, hurt, anger, or any bad feelings they believe the other would experience. For some, exploring and understanding their guilty feelings, and recognizing that they are making choices about how to respond to these inner signals, is helpful. It can provide knowledge about why they are feeling guilty and what the difficulty is in tolerating bad feelings in someone they love. As a result, there can be less guilt and new choices and behaviors that take their own needs into account. For others, the solution is more complicated. Guilt about creating bad feelings in people they love makes significant behavior change toward those loved ones unthinkable.

“Dan” is a 52-year-old client who has a great deal of guilt about meeting the needs of his very demanding and needy 87-year-old father. Dan came to treatment complaining that he was very anxious and overwhelmed. He talked about the stresses in his job, his marriage, and with his adolescent sons. But most of all, he talked about his father, “George.” He worried that he was neglecting his wife and sons because he was always visiting or checking in with or thinking about his father, who lived in an assisted living facility in the next town, about a half-hour drive away. George had heart problems, declining vision, and difficulty with mobility. He had a private aide five days a week, six hours a day. Dan described him as not very social and relying on Dan for feeling engaged. George had been hospitalized several times. He had a mild heart attack four years ago; he fell and broke some ribs; and he gets heart palpitations, which are usually diagnosed as anxiety.

Even though there was some oversight at the facility, Dan said his father “gets crazy if I don’t visit him at least twice a week and call at least every morning and evening. But he calls me during the day anyway!” Dan’s fear of something terrible happening to his father and his not being there for him was palpable. “The thought of my father alone in the hospital is too much to think about,” he said. “I visualize him, scared and upset and wondering why I’m not there. I’m afraid to be out of contact. My cell phone is always on—I even take it into the bathroom with me.” Dan seemed sad and angry and scared. I wondered to Dan if the cell phone in the bathroom was a bit extreme. Dan responded, “I have no choice. I think being attached to the cell phone makes me less anxious. My father gets so upset and angry with me when I don’t respond quickly to his needs. I see that he is not always so reasonable, but he gets so hurt and upset when he feels I’m not there the way he wants me to be. I hate seeing him that way. When he gets anxious, I think he’ll have another heart attack. Then I get anxious and depressed. I think I can’t take this anymore. He’s become my whole life. But then I feel like such a terrible son, so I try as much as I can to attend to him.”

As Dan and I spoke in therapy, it became clear that his caretaking of his father and need to keep his father happy had a long history. As an only child, it had always been Dan’s job to make sure his father wasn’t upset. “I remember when I was about 12, my father had a big fight on the phone with his brother and came into my room shaking and shouting in a rage,” he said. “I knew it was my job to calm him down and make him feel better. I had become very good at it by then.”

The more I talked with Dan about the guilt he felt when he didn’t provide what he knew his father wanted from him, the more he was able to express his conflict between wanting to comply with his father and being fed up and wanting to take better care of himself and his family. He believed that even though he didn’t act on them, his resentment and feelings of wanting to consider and choose his needs made him a terrible person. As we continued to talk about this conflict, Dan became more accepting and understanding of his feelings and wishes to choose himself. He could see how he was constantly attacking himself for taking care of his father or for neglecting himself and his family. He was in a no-win situation. What Dan now had to come to terms with and start to accept was that there was nothing wrong with his contradictory feelings and that he was making the best choice for himself. He could not have stopped his caretaking of his father (although he did try to do a little less) and been able to tolerate feeling like such a bad person. He needed to accept that even though he was not giving what he wished he could to his wife and sons, he was doing the best he could under the circumstances.

Dan and I continue to discuss his relationships and conflicts, and he is becoming increasingly compassionate toward himself. He tries when he can to spend more time with his sons and has begun to take them more frequently to visit their grandfather. He also has been talking more with his wife about his conflicts and guilt. Dan cannot stop feeling guilty or change the nature of his father in any significant ways. But he can become more accepting of himself and the choices he has made.

Dan is like many others for whom it is emotionally unthinkable to choose their own needs over what they believe is best for the other. The guilt that arises becomes overwhelming, and they attack themselves either for choosing the other or for their wish to choose themselves. Under these circumstances, it is often helpful to explore and learn about where the guilt is coming from and why it isn’t tolerable to behave differently. Then, most important, they develop the ability to reflect these new understandings back to themselves and acknowledge that “I am choosing this behavior even though I also really want to do something else. I understand this is a way to take care of myself.”

Recognizing that there is a conflict and that this is “my choice” helps to allay feelings of being out of control and of helplessness. It allows one to honor his or her separate self who is making the choice to satisfy the other’s needs. Feeling in control is essential for avoiding feelings of becoming who the other person wants one to be. Rather than feeling helpless with guilty feelings, great relief can occur when “I am in control and making choices” is accepted.