Cannabis May Be Just as Harmful as Alcohol 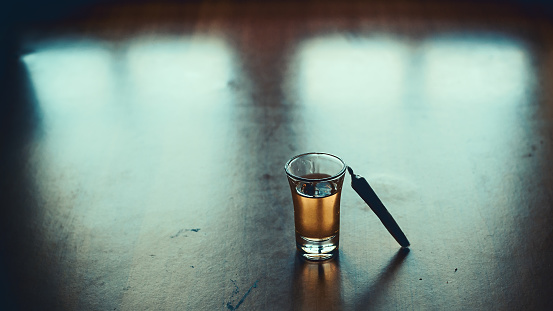 Advocates of marijuana decriminalization and legalization have long argued the drug is less dangerous than alcohol, which led to an average of 88,000 American deaths each year between 2006 and 2010. A new study published in Clinical Psychological Science researched the risks of cannabis use, comparing the results to previous data about alcohol dependence to compare the effects of the two. The results suggest neither substance is fully safe, and both can spur socioeconomic problems.

Alcohol use is linked to significantly more deaths than marijuana use. Cannabis also produced a lower risk of traffic accidents than alcohol. Alcohol users had high health care costs, but cannabis users experienced no such increase.

Heavy marijuana use—four or more times per week across many years—was associated with several negative outcomes. By middle age, users dependent on marijuana had an increase in career problems and relationship conflicts. They also experienced downward socioeconomic mobility, attaining jobs with lower status and lower pay than their parents. Though these effects are similar to the negative outcomes heavy drinkers experience, cannabis users had more financial problems than alcohol users.

Differences in beliefs or experiences among cannabis users did not account for these differences. The negative effects of marijuana dependence remained even when researchers controlled for childhood mental health issues, low IQ, family structure, socioeconomic problems in childhood, drug convictions, early use of marijuana, and dependence on other drugs.

The Changing Landscape of Marijuana Laws

For now, marijuana remains less accessible than alcohol, though decriminalization efforts are rapidly changing this reality. The study’s authors say their research points to fewer issues associated with cannabis use, but they also emphasize this may be because alcohol is more accessible. Until both drugs are widely available on a similar scale, it will be difficult to compare their effects.