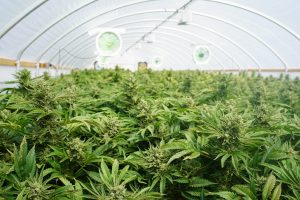 Marijuana could treat some forms of addiction, according to a systematic literature review published in Clinical Psychology Review.

The study also found cannabis might prove effective in the treatment of some mental health diagnoses, such as posttraumatic stress (PTSD). Previous research supports this finding. In 2014, a study found marijuana might treat symptoms of trauma in rats, suggesting humans who have been through trauma might also respond well to the treatment.

The study involved a review of previous research on medical cannabis and mental health. Researchers also looked at recreational cannabis use. The results suggest cannabis may be an effective treatment for mental health conditions such as PTSD and social anxiety. However, cannabis may not be safe for people with some conditions, including bipolar or a history of psychosis.

The study also points to a role for marijuana in treating alcohol and opioid abuse. According to Zach Walsh, the study’s lead author and a University of British Columbia associate professor of psychology, many people may use marijuana as an exit drug when they are trying to limit their intake of more harmful substances, such as prescription opioids. Both prescription and illicit opioids are contributing to the current opioid abuse and overdose epidemic in the United States. Opioid overdoses have surpassed car accidents as the leading cause of accidental death.

Some medical advisory committees have expressed interest in using marijuana to treat addiction. This could eventually change state recommendations for the use of marijuana. In New Mexico, for example, an advisory panel recently voted to add opiate addiction to the list of conditions for which medical marijuana treatment may be used.

Twenty-eight states plus the District of Columbia currently allow at least some medical uses of marijuana. Another study published earlier this year suggested prescription drug abuse may be lower in states with medical marijuana laws. Medical marijuana is still illegal at the federal level, which means users can be prosecuted by federal authorities even if their states of residence have legalized the drug.