Cancer in Adolescents and Young Adults 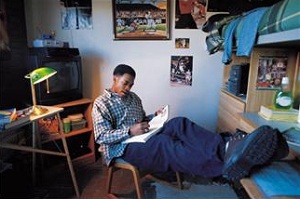 “Max” is 21 and starting his senior year of college. He just completed a summer internship and made such a positive impression that he was told he would have a job there when he graduates. He isn’t seeing anyone right now, having ended his relationship last year, but now he feels ready to get out there and start dating again. Max has the world on a string, right? The only thing that’s bugging him a little bit is the lump he felt on one of his testicles last month in the shower. He thought maybe it would go away on its own, but it hasn’t. The last thing he wants to do is talk to a doctor about it (what if it’s a woman doctor?), so he goes online. It can’t be anything bad. He’s too young for something like cancer, right?

As Max finds out, he’s not too young for cancer. Half of testicular cancer cases occur in men between the ages of 20 and 45, and most of the time they present with swelling, enlargement, or a painless lump on the testicle (American Cancer Society, 2012). Depending on the stage of the cancer, treatment may involve one surgery or a combination of chemotherapy cycles and surgeries (National Cancer Institute, 2012).

Max can’t even begin to wrap his head around the fact that he has cancer, especially of his testicle. Who even uses that word anyway? He doesn’t have time for this. He’s too young to die. The doctors reassure him that he won’t die, and he wants to believe them, but he’s still pretty freaked out. He has really enjoyed the independence he’s had from his parents during college. While he’s glad for their support now, he doesn’t want them to smother him. His mom is just going to worry too much and that drives him crazy. How is he supposed to tell his friends? How is he supposed to date? When does he tell girls about it? What will they say?

Adolescents and young adults (AYAs) have the important developmental task of separating from their parents and forming their own identities. This is a rocky road under the best of circumstances. Having cancer can completely disrupt this task and at a minimum change the trajectory of the path the individual was on towards forming an independent life. Most often, this change is temporary, but in fact it may be permanent.

Along those lines, there are five universal areas of stress and disruption for people with cancer (Santacroce & Zebrack, 2010):

These issues are all especially salient in the life of AYAs, as they do not have adequate life experience to fall back on in any of these realms. They are in the midst, and perhaps even at the beginning, of pondering existential questions such as, “Who am I?” and “What is my purpose?” Needing assistance with daily functioning, even temporarily, challenges any burgeoning sense of independence. This certainly impacts relationships, and also achievement. People will need a reason why they are unavailable for a time, both in their personal and work and/or school life. How much and what information they share is up to them. This is not to discourage honesty; rather, it is to reinforce that while there are many things about cancer they cannot control, they can control the flow of information regarding their illness.

The AYAs will most likely have to depend on their parents in ways they would prefer not to. Ideally, there can be some negotiation of boundaries that have evolved as the AYAs have matured. These negotiations can be tricky and need to be respectful on both sides. Parents tend to underestimate what their AYA children are capable of and need to give them a chance to prove themselves.

The issues of sexual image, identity, and integrity are huge at this stage of life. For males and females both, hormone levels are high. Thus, one can see how devastating any insult to sexual organs or functioning can be for an AYA. It is essential for young men to be educated about sperm banking, prior to treatment, since certain treatments for testicular cancer can cause infertility that may be permanent.

In summary, cancer in adolescence and young adulthood can markedly impair the normal tasks of development for this age group: namely, to separate from their parents, form their own identities, and find their place in the world. Being aware of those tasks is the first step in knowing how to best support someone close to you. The next even more important steps are asking them what they need from you and then following through.

Please let me know what topics you would like to see in future posts.

Related articles:
What Do I Say?
Cancer and Sexuality Part III
Managing Fear and Uncertainty while Living with Cancer