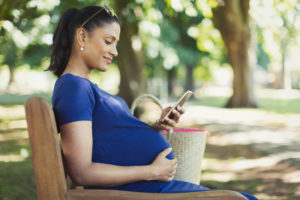 There has been much debate on whether antidepressants taken during pregnancy can affect fetal development. A study presented at the Pediatric Academic Societies (PAS) 2018 Meeting has new data on this subject.

The study examined children whose mothers took selective serotonin reuptake inhibitors (SSRI) during pregnancy. SSRIs are a popular type of antidepressant. At 12 years old, the children scored better on tests of executive functioning. Executive functions are cognitive skills such as:

Are There Benefits to Prenatal Antidepressant Exposure?

The longitudinal study followed 51 children from 26 weeks gestation to 12 years old. Researchers assessed the mothers’ moods during and after pregnancy. They also tested the children’s executive functioning at age 12.

Researchers found several differences between children who had been exposed to SSRIs before birth and those who had not been exposed. Children exposed to SSRIs had better executive functioning at ages 6 and 12. This trend held true even when researchers controlled for maternal mood. The effects of SSRIs seem to be independent of mothers’ mental health.

At ages 3 and 6, the children also had higher anxiety levels. Yet this difference disappeared by the time the children turned 12. The study authors believe the children’s executive functions improved further with age. The children may have used these cognitive skills to self-soothe. In other words, the benefits of SSRI exposure may have helped children overcome the negative effects.

A 2016 Northwestern University study found 37% of women experience depression during pregnancy. Expectant mothers may wonder if taking antidepressants will affect their unborn child. The results of research are mixed.

Some studies say exposure to antidepressants can harm children.

Other studies say antidepressant use during pregnancy poses little to no risk.

Other research supports the idea that maternal depression can impact fetal development. It may also contribute to mental health concerns in childhood. According to the study author Dr. Oberlander, “Depression during pregnancy and beyond is a major public health problem for mothers and their children. Non-treatment is never an option.”

For some pregnant women, psychotherapy alone is enough to relieve depression symptoms. For others, antidepressants can be necessary for recovery. Expectant mothers can discuss treatment options with a mental health professional.