Bystanders to Violence: The Child Witness 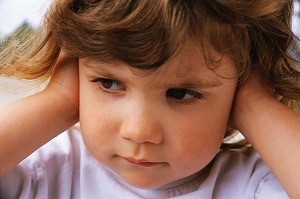 Last month, we talked about violence—bullies, victims, and bystanders. I wrote:

“What happens to the bystander? The bystander takes in a portion of this poison too, whether or not he chooses to help, and if he hasn’t helped he has to bear the added guilt of not having come to someone’s aid.”

In the comments section following that entry, we talked about the effects of witnessing violence. I am grateful for the contributions of Ireland, Bradley, Sharon, Rachel, and Georgia for taking the point of view of adult bystanders. One participant, Chuck, saw through a child’s eyes. Today I would like to focus on that particular bystander—the child, who is indeed pretty much helpless to stop violence and is, in fact, hostage to it.

Although I was not able to find recent statistics estimating the numbers of children who witnessed acts of violence, it is generally agreed that domestic violence and public violence are so prevalent that, to me at least, the effect of witnessing violence is a public health problem, as is the experience of being treated with violence. Families that expose children to violent acts, even if the children are not directly, physically hurt, are perpetrating neglect and abuse on the children. The effects can be reduced to three main categories: 1) behavioral and emotional; 2) cognitive functioning and attitudes; and 3) longer-term. (Ziegler, R.G. and Weidner, D., 2004)

The behavioral and emotional effects can either point outward, when children become violent to others, or inward, when children become violent to themselves. Peer relationships and the ability to understand others’ feelings also are compromised. Cognitive functioning is not effected, but the individual is more likely to resort to aggressive means than to seek compromise, since aggression has been a model. After the children have grown up, they are more likely to suffer from depression, anxiety, and feelings of worthlessness. Needless to say, the ability to trust others is a problem, too.

Witnessing violence has clear outcomes for child development. One person in particular, a thoughtful man named Chuck, was generous enough to share his reactions as a child witness and the efforts he has made as an adult to counteract the effects. Chuck writes how he and other children exposed to violence learn that “openness, trust and a sense of one’s value as a human being feel unnatural.” It takes many years and hard work to learn that both the world and the self in it can be different. As with other issues, silence can equal death or death of the spirit; fear and shame are effective muzzles. And a child feels abandoned in the void when there is no one to help.

It’s not hard for an adult to spot those in a group of children who are hurting, but it takes someone special to step up and help out. Teachers, neighbors, other relatives, family friends, all have the opportunity—but they have to have the courage to take the initiative, as the other contributors to this discussion eloquently pointed out.

Chuck is thankful for the space GoodTherapy.org is providing him. “Thanks Lynn for creating this space, allowing me to share and hearing what I had to say, this is for me absolutely invaluable.”

I’d like to thank Chuck for openly writing about his feelings and his experience as a child growing up and having to deal with domestic violence. He writes: “Thankfully, speaking up against domestic abuse is no longer taboo and domestic terrorism is no longer widely held to be a private matter. I am grateful that society has made great strides in this area.”

I invite those who are reading this blog to join the conversation.