How to Respond to Bullying 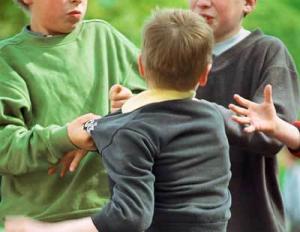 Bullying has been hitting headlines lately in strong force. Newspapers have been littered with horror stories of bullying, and states have attempted to address the issue through legislation. Historically, the impact of bullying has been minimized by the general public due to a general perception that being the recipient of such behavior is a rite of passage and that “everyone goes through it”. This may be factually correct, but whether this rite of passage is something we want to maintain is being challenged, and rightfully so.

Many of the teens and adults I see in my practice hold onto the trauma they experience as a result of bullying, and it can have a concrete impact on how they approach relationships, academic opportunities and the workplace. Bullying tends to have its greatest impact when it occurs during our formative years (early childhood through young adulthood) because it has the potential to shape our view of the world and the beliefs we have about ourselves. If severe enough, or if there are pre-existing issues (depression, anxiety, family issues) this mold has the potential to become permanent. Being bullied teaches us certain things about how we need to behave in order to survive. It can make us risk-averse when considering relationships because of what we’ve learned about the kind of damage people can inflict on us when we invest our trust in them. Being the bully or perpetrator can be the result of having been bullied, or learning that in order to survive one needs to be on the right side of the line. As a result, we begin to learn that aggression and manipulation are effective means to achieving an end. In either case, when extreme or perceived as extreme, bullying can have a crippling effect.

I tend to avoid the term “bullying” when a teen or adult comes to therapy for issues related to being harshly and consistently mistreated, and instead call it what it is: trauma. Trauma is defined as: Emotional shock following a stressful event or a physical injury, which may be associated with physical shock and sometimes leads to long-term neurosis. (Dictionary.com)

By framing bullying within this context we set the stage for clients to view themselves as survivors rather than victims, and bullies as perpetrators rather than deserving members of some unattainable echelon. In my opinion, this framework allows survivors to feel greater legitimacy in processing their thoughts, emotions and reactions to triggering events. On the other hand, it socially stigmatizes bullying behavior and adds a greater incentive for the perpetrator to change their behaviors. This perspective, I believe, also allows clinicians to tie appropriate interventions to the presenting problems.

I define bullying as a consistent pattern of the following behaviors (not all inclusive):

Victims can be targets because of a unique quality or set of qualities that sets them apart from their peers. Qualities or characteristics such as intelligence, attractiveness, a learning disability, and depression can set one up as a victim. This is not always the case, but in my experience it’s true more than not. Bullies do not typically fit the stereotype of the maladjusted brute. Many times, bullies are charismatic, demonstrate great empathy towards those in their “circle”, and have other desirable qualities that make peers gravitate towards them. These qualities, in turn, lend a form of acceptability to the behavior through either a fear that others have of not being accepted or of being targeted, or because of the belief that a “good kid” wouldn’t act this way towards another if it weren’t deserved.

So what actions can be taken if your teen is the victim?

Help and support the teen in becoming less of a target. There are certain behaviors, attitudes and mannerisms that make a teen an “easy mark” for bullies. Please be clear that I am in no way suggesting that victims of bullying are at fault; however it is important that we consider every factor in addressing the problem.

So what actions can be taken if your teen is the bully?

It goes without saying that every individual situation is different, and what is being presented in this article may or may not make sense for your set of circumstances.  In any case, strong communication with your teen, advocating for him/her, and keeping the school involved are critical steps to resolving the issue.

© Copyright 2011 by John Migueis. All Rights Reserved. Permission to publish granted to GoodTherapy.org.