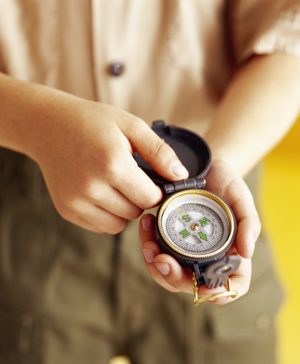 The Boy Scouts of America will begin admitting boys based on gender identity, not sex assigned at birth. This opens participation to transgender boys. The organization previously relied on a child’s birth certificate, excluding transgender children. That original policy was in place for more than 100 years.

Last year, a New Jersey boy was expelled from the Cub Scouts. According to the boy’s family, the expulsion was because the boy is transgender. As part of the policy shift, the scouting organization invited the boy to rejoin.

The Boy Scouts have fought claims of discrimination against non-heterosexual children for years. They ended a policy against gay children in 2013 and another policy against gay adult leaders in 2015. Several other youth organizations, including the Girl Scouts, accept transgender children.

This week, the United States House of Representatives overturned regulations from the former presidential administration that could have prevented people with mental health conditions from purchasing a gun. The vote was 235-180, and the Senate will also need a majority vote before the measure is sent to President Donald Trump to sign.

People with autism may have too many connections in the brain. According to an animal study published in the journal Cell Reports, this excess of neural connections may begin early in brain development, long before symptoms become apparent. The findings from this study could contribute to earlier interventions and a better understanding of autism in humans.

Early signs of depression and anxiety may appear in children’s brains by age 2, according to a new study. This suggests brain patterns associated with these conditions may be present well before symptoms appear. The authors of the study plan to follow up with study participants to see how their brains continue to develop over time.

Research suggests maintaining good posture during the day may improve mental health. This study’s authors found an upright posture reduced fatigue, increased positive affect and overall happiness, and helped people with moderate depression to avoid focusing on themselves and their condition too much. Previous research links sitting up straight to many health benefits, including a reduction in pain.

Social Biases Contribute to Challenges for Those with Autism

Ambition can be an incentive to keep trying. It can also lead to disappointment. People with depression may not experience as much ambition-related disappointment, according to a study published in the Journal of Behavior Therapy and Experimental Psychiatry. The study suggests people with depression are better able to disengage from unrealistic goals. This can help them probe more realistic options, potentially improving quality of life.

Online Scrutiny is Stressful for Doctors

Patients frequently rely on online review and rating tools to find medical providers and to share their experiences with current providers. According to research published in the Journal of Genera Internal Medicine, these tools increase providers’ stress levels. Fifty-three percent of doctors said they had read online reviews about themselves, and 39% of patients said they used the internet to find reviews on health care providers.

What a Child’s Humour Reveals About Their Psychological Well-Being