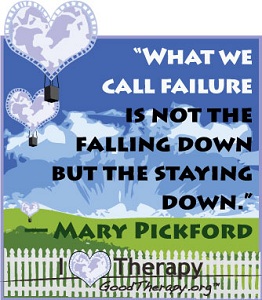 It has been said in AA, “An addict needs to bottom out twice to get better. First from alcohol, and later emotionally.”

Most people who struggle with addiction started using drugs “to solve” what appeared to be unsolvable emotions. The word “emotion” comes from the same root as “motion.” Originally it meant a stirring within one that propels one to physical or symbolic action – to fight, flee or talk. When that emotional stirring within us ­­ whether in the form of anger, sadness or guilt can find no corresponding resolving action in the world, such as incases where a child is grossly misunderstood, or when a biological anomaly produces feelings seemingly out of nowhere, then one remains in an uncomfortable state of feeling intensely without recourse to action or expression. Drugs allow such an individual to operate directly on those feelings – by getting rid of them. But the individual gradually requires more and more of those drugs to achieve the same effect, and use of any sort degrades relationships and livelihood. Eventually the individual gets to the point where the solution creates more difficulties, more pain, than the problem itself. Drugs break us out of prison only to drop us into an abyss. We bottom out, in a nutshell.

I have a client we’ll call Andrew who is a successful lawyer. He drank three or four cocktails a night since his teenage years and more heavily on the weekend, but never during the work day, never enough to jeopardize his sterling career or ruin his marriage. After his mother died two years ago, he found himself drinking more at night. He became a kind of ghost in his household who sometimes said mean or absurd things to his wife and children. One day he fell off the couch and split open his head on a wine­glass. His daughter’s sleepover guest found him in the morning, passed out and covered in blood. When he returned from the hospital, his wife told him he would have to stop drinking or she would leave him. Andrew realized, without using the phrase, that he had “bottomed out.”

Andrew immediately joined AA, found a supportive group and a strong sponsor and stopped drinking. He described his first two months as an agonizing struggle with cravings and an overwhelming sense of loss. The next two were a revelation for him. The scales fell off his eyes. The world felt fresh and new. He discovered smells and colors and experienced moments of euphoria, of aliveness, that filled him with child­like joy. Around the fourth month of sobriety he grew increasingly moody and irritable. He felt guilty whenever his wife was unhappy, took responsibility for the small academic failures of his children and sometimes exploded in defensive rage. “It’s your fault, not mine!” At around six months, his wife begged him to start drinking again.

Instead my client came to therapy. We discussed what first led him to drinking as a teenager. Andrew’s mother had been a Holocaust victim who controlled the household with her pain. Nothing Andrew did was good enough to assuage his mother’s agony, which she led Andrew to believe oozed from his own terrible imperfections. But alcohol did wonders to assuage Andrew’s guilt. Eventually alcohol became such a destructive influence in his life, it was easy to believe that if only the alcoholism could be removed, all would be good and right. But in his sobriety the “unsolvable” problem of Andrew’s childhood returned, a sense of being defective and the cause of all the hurt around him. Years of turning himself into an alcoholic ghost prevented Andrew from disconfirming these expectations in new relationships. He wasn’t enough there to confirm or disconfirm anything. He had to bottom out a second time before he was willing to talk about those ancient childhood problems he had always considered unshareable and without solution and best left alone and begin the difficult task of pulling the splinters of the past out of the present.