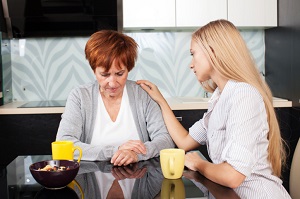 It is an interesting phenomenon: The divorce rate for people 50 years and older, the “baby boomer” generation, is increasing at a higher rate than the younger generations. According to a study at Bowling Green State University, one in 10 people who got divorced in 1990 were 50 years or older; in 2009, that number had changed to one in four, representing more than 600,000 people (Brown & Lin, 2012).

During the baby boom years of 1946 and 1964, an estimated 76 million babies were born. Today, those babies are between the ages of 49 and 67. And now they are getting divorced — sometimes, multiple times.

Baby boomers grew up in the post-World War II culture in which husbands were the breadwinners of the family, and wives were the homemakers who raised the children. The emphasis was on marriage, while divorce carried a stigma. In 1950, the marriage rate of women was approximately 90%, as compared to 2010, when the marriage rate was a little over 30% (Cruz, 2013).

While the marriage rate has dropped significantly, and the rate of divorce has been holding steady in the under-50 age group, the rate of “gray divorce” is decidedly on the rise. Sociologists suggest a mixture of possible explanations. One factor is the attitudinal change society has toward divorce. The stigma has all but evaporated.

Also, whereas in the 1950s, marriages were focused on fulfilling family roles, today men and women are significantly more focused on self-fulfillment. If there is emptiness in the marriage, the desire to find life meaning may come at the expense of uncoupling — even after decades of marriage. Increased longevity and healthy lifestyles make it possible for starting a new life, no matter the life stage. And then, of course, there is the familiar explanation of waiting until the children are grown.

Divorce is fraught with ambiguities and strong feelings. This may be especially true when a marriage of many years breaks up. Varying emotions include feelings of loss and loneliness, fear of aging alone, feelings of abandonment, and more. There are all kinds of details to work out, such as finances, dissolution of shared property, alimony, division of household items, and family photo albums.

Caring for the Kids

When children are young, parenting plans are included in the divorce agreement. The well-being of dependent children is a priority. In fact, concern about the impact of divorce often sways a decision to stay together until the children are grown and independent. Parents do not want to create emotional pain, and waiting until the children are adults is often presumed to soften distress. But is waiting really easier on adult children?

Implied in this line of thought is that adult children are minimally impacted by their parents’ divorce. There might be a brief period of adjustment, but there is the assumption that “they will be just fine.” But how grounded is this line of thinking?

The answer: Not very. Adult children do not have built-in immunity to the impact of their formative family breaking up. Adult children are no more prepared for parental divorce than younger children (Fintushel & Hillard, 1991). No matter the age of the child, it is always shocking to hear the family is dissolving. Assuming that adult children are old enough to see their parents’ divorce coming may be to provide a false sense of comfort.

A more true-to-life narrative is recognizing that adult children are generally busy living their own lives and are not focused on the health of their parents’ marriage. And there is an indomitable spirit that may be focused on the good, and unaware of the malaise between parents.

Uncoupling in later life is complicated. So is the impact it has on adult children. There are so many things to think about. With the help of a skilled therapist, divorcing parents can learn strategies and skills to assuage the emotional intensity both parents and children experience. Paradoxically, a feeling of closeness and compassion can emerge for everyone… which, of course, is always a good thing.