Autism Spectrum and the DSM-V: More Questions Than Answers 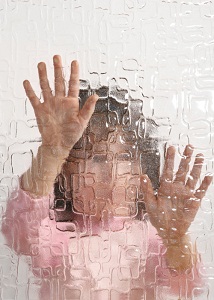 Parents of children on the autism spectrum held their breaths last week as news spread of the long-awaited, final revisions to the DSM-V. These changes, which go into effect in 2013, will impact how their children’s issue will be viewed, as well as what services they will receive. The DSM, or Diagnostic and Statistical Manual of Mental Disorders, is basically the psychotherapist’s bible. It’s what we use to render an official diagnosis. Insurance companies, psychologists, and the medical community depend on it daily to make decisions in the lives of clients. It’s a big deal. So the revision of it is a big deal, too.

As both a parent of a child with autism and a therapist who specializes in treating families affected by autism, I, too, was a bit on edge. But just like anything else in life, we fear what we do not know or understand. We experience this phenomenon every day when our children get funny looks in the grocery store or when someone talks about them as if they aren’t in the room. When we don’t understand, we fear, and when we fear, we react instead of respond. So let’s review a few of the changes coming next year in an effort to understand, then address how these changes will effect how our children are understood.

The current DSM (IV) defines autism as five unique diagnoses: autistic disorder, Asperger’s, pervasive developmental disorder-not otherwise specified (PDD-NOS), Rett’s syndrome, and childhood disintegration disorder. They are classified under the same “umbrella,” so to speak, because of their similarities. However, they have come to be described as a spectrum of disorders, because like the colors on a spectrum, they bleed into one another. Often, it is difficult to see where one ends and another begins. The new revision seeks to remedy that confusion by creating a single diagnosis with specifiers or sub-types. The hope here is to refine the diagnosis by severity. The big question is, will this help alleviate confusion or create more of it?

In a nutshell, the DSM-V does the following:

So, basically, one does not need a “language deficit” to be labeled with autism spectrum disorder under the DSM-V, but deficits in ability to communicate are considered. It is assumed that a child with an actual speech and language deficit will then have an additional diagnosis of a language delay. Communication and social deficits have been linked together in the revision because they are so closely intertwined. If one cannot communicate effectively, it is difficult to socialize.

Another big change is that the labels of PDD-NOS and Asperger’s will be no more. There is a tongue-in-cheek opinion among the community of autism parents that PDD-NOS stood for “Pediatrician Didn’t Decide-No Services.” So having it included in a spectrum makes sense; now children carrying this label can get the services they need. Asperger’s, on the other hand, which has become known as “autism without the language delay,” is left out in the dark, with many wondering if people who have the diagnosis will be able to retain their services.

In the past 40 years, autism diagnoses have increased tenfold, and since the last DSM revision in 2000, it has increased 78%. Now, I’m no mathematician, but it looks to me like the greatest percentage of increase has been over the past decade. During the rise of this epidemic—and please don’t tell me it’s due to better diagnosis, because it’s statistically impossible to have that kind of increase simply because we’ve gotten better at recognizing it—we’ve seen kids who are “born this way,” kids whose skills disintegrate as childhood progresses, adults who have finally discovered why life has been so difficult for them, and even kids who lose their autism diagnoses after treatment. Some have language deficits and some do not. Some have social difficulty, while others have preoccupations and repetitive movements. It’s been said that if you meet one child with autism, you’ve met one child with autism. Each set of symptoms is unique.

It could be argued that what we needed was a bigger umbrella, because it’s raining pretty hard out there. Considering that we’ve now gone from a downpour to a monsoon, I’m not sure the umbrella will do much good anymore. Which leads me to my next question: When was the last time we saw a mental health issue become epidemic? Epidemics usually occur when an illness is contagious or has a viral or infectious basis. It begs the question: Is autism really a mental health diagnosis at all? Or is it simply a medical disorder that has mental health effects?

When other diagnoses grow to epidemic proportions, do the diagnostic criteria change? That’s not my area of expertise, but I would imagine it would need to be examined, at the very least. If we change the criteria, doesn’t that change the numbers? And if so, are we then able to give ourselves a big pat on the back for decreasing the numbers? Anyone with a fifth-grade education would know that’s not logical. What happens to all of the kids who may not quite make the cut when we consider what a “repetitive behavior” looks like? I’m curious about what the rest of the autism parenting world thinks. I’d also love to hear from those of you who have one of these diagnoses.

Even as an “expert” on the topic of autism, I am left with more questions than answers. For the time being, we have little choice but to keep an open mind and a wait-and-see approach. Then, like most things in the life of a parent in the world of autism, fight like hell when our kids aren’t getting what they need. Above all, let’s remember that people, regardless of diagnostic label, are human beings first. Like it or not, these revisions will take place in the new year, and the uncertainty of their effects is frightening, indeed. But whether you’re a parent, caregiver, or person with autism, we can all increase our understanding and decide how we’re going to react. I encourage you to keep an open mind and be particularly aware of our limiting tendencies to think in black and white. It is, after all, a spectrum.