The Art of Comforting: How to Help 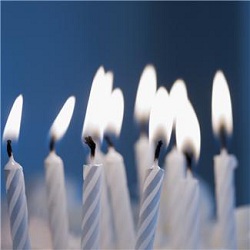 Last month’s post focused on what NOT to do and say to a parent who has just been faced with an autism diagnosis. I received lots of feedback and was thrilled by the response. Many of you shared your similar experiences and offered the things that you found most helpful during that very vulnerable time. So what does effective comforting look like?

Hope
Many parents tell me they needed a sense of hope and that finding the right book, teacher, counselor, or doctor helped foster that hope—hope that this wasn’t the end of their dreams for their child and hope that their child could learn, grow, and improve. People often don’t want to offer hope because they are afraid they might offer “false hope.” I happen to think that false hope does not exist. Hope is defined by Merriam-Webster as “to cherish a desire with anticipation.” Biblical and scriptural definitions of hope say that it is based on what we know to be true and that hope provides a sense of security, comfort, peace, protection, courage, and boldness. A desire for these things can never be “false,” any more than someone’s feelings can be wrong. The best way to offer someone hope is to truly listen to their heart and let them know you’re there. I’ve had people send me messages of hope, in a note, an email, or a card. I’ve had neighbors and friends bring meals during times of intense stress. I’ve had hundreds of people praying for my family, at times when we needed it most.

Respect
If I had a dollar for every person who wanted to argue over the interventions that I’ve spent hours researching and implementing for my child, I’d be able to fund my retirement. I’ve had family, friends, teachers, and complete strangers argue with me about how diet has nothing to do with brain function, how hyperbaric oxygen therapy is not a “proven” therapy, and how environmental toxins do not affect neurobiology. I understand when people want to learn more about the things I’m implementing with my child, but I’m always amazed when they choose winning an argument over respecting my ability to decide what is best for my child. What we need is understanding. What we don’t need is judgment.

Honesty
There are so many people who stopped calling and inviting us places because they didn’t know if our son would be able to handle it. I always had a special respect for my friend, Yvonne, whom I’ve known since our kids were little. Every time one of her kids had a birthday party, she would send an invitation to both of my children, then call and remind me that my son, Ben, was invited and more than welcome but that she also understood if it would be too much. Then she would offer to provide transportation home for my daughter in the likely event that we would need to leave the party early with Ben, an offer we took her up on more than once. It was a simple gesture but one that meant so much and spoke volumes about how she respected and cared about me.

So basically, the art of comforting starts with finding out what a person needs, with love, honesty, and respect, and then giving it to them. These needs will vary from family to family and will require a bit of getting outside your comfort zone to find out how you can be of most help. You can never go wrong by asking how you can help, and since our families will be living with this diagnosis for a very long time, it’s also never too late.

Related articles:
The Art of Comforting: Three Examples of What NOT to Do
The Gravity of Autism, Part 1