APA President: ‘Mental Illness’ Does Not Cause Mass Shootings 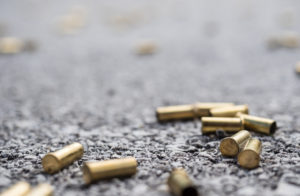 In the wake of a mass shooting, such as the recent tragedies in Parkland, Florida and Santa Fe, Texas, among others, proposed solutions often focus on gun control and mental health. The American Psychological Association (APA) has released a statement on the subject. According to the APA President Jessica Henderson Daniel, it is inappropriate to blame “mental illness” for mass shootings.

Many studies have shown that a purported connection between mental health diagnoses and gun violence is dubious at best. Nevertheless, a new poll from ABC News and The Washington Post found 77% of Americans believe the Florida shooting could have been prevented with more effective mental health screening and treatment. Meanwhile, only 58% of respondents believed stricter gun laws could have prevented the event.

APA: ‘Mental Illness’ Does Not Cause Violence

The APA has long cautioned against stigmatizing people with mental health symptoms.

“While law enforcement is still piecing together the shooter’s motives, some public figures and news reports are focusing on his mental health. It is important to remember that only a very small percentage of violent acts are committed by people who are diagnosed with, or in treatment for, mental illness. Framing the conversation about gun violence in the context of mental illness does a disservice to the victims of violence and unfairly stigmatizes the many others with mental illness. More important, it does not direct us to appropriate solutions to this public health crisis,” President Daniel said in a statement about the recent Florida shootings.

A wide range of studies have discredited a connection between mental health conditions and mass shootings. According to a paper published in the 2016 book Gun Violence and Mental Illness, people with serious mental health diagnoses commit less than 3% of all violent crimes. Further, mass shootings by people with serious mental health diagnoses represent less than 1% of yearly gun-related homicides. Social alienation and resentment appear to be much more common factors than psychosis. According to the paper’s authors, “A person is about 15 times more likely to be struck by lightning in a given year than to be killed by a stranger with a diagnosis of schizophrenia or chronic psychosis.”

Other research has found people with a mental health condition are more likely than the general population to be victims of crime. In 2005, a national survey interviewed 936 people with mental health diagnoses and found that over 25% of them had experienced violent crime in the past year. In other words, they were 11 times more likely to be attacked than the general population. A 2009 review of victimization studies say prevalence rates could actually be as high as 35%.

Gun Control: What Does the Research Say?

The three state gun control laws most strongly connected to reduced mortality were:

The researchers tracked gun deaths between 2008 and 2010. Critics of the study say the tracking period was too brief to verify the connections between legislation and death statistics, and both advocates and opponents of gun control agree more research is needed.