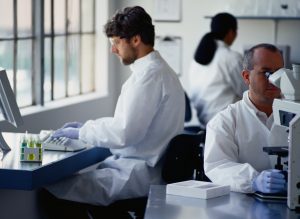 Drugs belonging to the fenamate class of non-steroidal anti-inflammatory drugs (NSAID) successfully treated Alzheimer’s-like symptoms in a small group of mice, according to a trial published in Nature Communications. Though there is no evidence yet that fenamates will work with Alzheimer’s in humans, the success of the rodent trials opens new avenues for Alzheimer’s research.

According to the Alzheimer’s Association, more than 5 million Americans are currently living with Alzheimer’s, with at least 1 in 3 seniors dying with Alzheimer’s or another form of dementia. Dementia is projected to cost the U.S. $236 billion in 2016. Those who care for a loved one with dementia provide more than 18 billion unpaid hours of care each year.

Could an Anti-Inflammatory Drug Treat Alzheimer’s?

The study explored the effectiveness of mefenamic acid—an anti-inflammatory drug sometimes used for menstrual pain—in the treatment of genetically altered mice who develop symptoms resembling Alzheimer’s, such as memory problems. The mice were bred to develop amyloid beta plaques, which are the same brain plaques doctors have observed in people with Alzheimer’s.

Researchers administered the drug to 10 mice with a pump implanted under the skin. They then used the same administration protocols for an additional 10 mice with a placebo. Both groups were already showing signs of memory loss at the beginning of treatment, and both groups continued with treatment for a month.

The drug completely reversed memory loss in the mice who took it, but not in mice who received only the placebo, suggesting mefenamic acid might be an effective Alzheimer’s treatment. The researchers say inflammation in the brain may make symptoms of Alzheimer’s worse, so these findings could lead to future Alzheimer’s treatment involving anti-inflammatory drugs.

Will the Drug Work on Humans?

Mice, like humans, are social animals. They form memories and sometimes exhibit symptoms of age-related dementia. Human and mouse bodies are substantially similar, and mice have long been a source of early data about how drugs might affect humans. However, many drugs tested on mice have subsequently proven ineffective in humans, and it is impossible to know whether the drug in this study changed subjective experiences in the mice. These subjective experiences—such as anxiety about forgetting things and an emotional connection to memories—often figure prominently in people with Alzheimer’s. Further research is necessary to determine whether these drugs could effectively treat Alzheimer’s in humans.

The researchers caution that even though mefenamic acid is widely available for use as an anti-inflammatory, they are not without various side effects and are not cleared for use in treating Alzheimer’s at this point.