Anger and Relationships: When Spite Spoils the Night 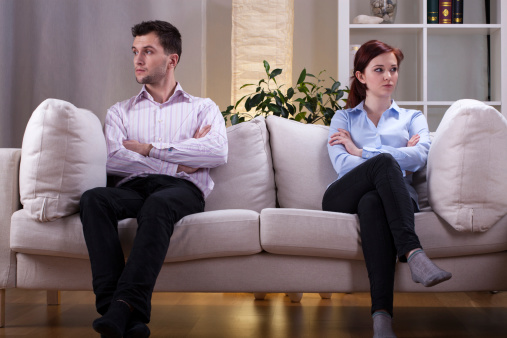 Rebecca phoned Elise the other day and asked for some help with her boyfriend. They have been seeing each other for about six months. They just had a fight, and she’s trying to figure out what happened.

“Last week,” Rebecca said, “John and I spent the weekend together. We had a loving time, I thought everything was going great, and since it was my turn to pay I treated John to a special dinner in a restaurant we both like. We made the reservations together.

“I thought we would have a good time, like the last time we ate there, but John sat with his head in his hands throughout the meal, speechless and motionless. I was worried that there was a problem. Was he sick? Was something wrong? I asked, but he didn’t answer. I tried starting conversations, made some jokes, talked about stuff that interests him, but still, no response.”

“Finally,” Rebecca told Elise, “he admitted that he was lost in memories about the last time he ran the New York Marathon, and that he couldn’t help himself—he just had to stay there. I asked him what running the marathon was like, but he didn’t want to talk about it. I felt rejected and tried to get him to at least look me in the eye, but he remained eyes down, head in hand. I went from worried and upset to angry and upset, but John seemed not to notice.”

“Has anything like this ever happened before?” Elise asked.

“Yes,” Rebecca answered. “Once or twice. The thing is, that day we had spent an especially amorous afternoon together before dinner, and I just naturally assumed we would stay like that emotionally. But then as we walked to the restaurant he seemed annoyed, and things got worse from there. It’s like he just turned off. I couldn’t understand what was going on. He changed from loving to hating in five fast seconds.”

Instead of savoring a leisurely and delicious meal, they ate at high speed, skipped dessert, and went home early. Rebecca felt angry. She felt that John had spoiled the meal. Even the waiter noticed that there was a problem.

“What did you do?” Elise asked.

“He’s so changeable. It’s like I can’t always tell what’s coming. One minute we’re in love with each other; the next minute he can’t stand to look at me.”

“I couldn’t wait to get home,” Rebecca said. “He’s so changeable. It’s like I can’t always tell what’s coming. One minute we’re in love with each other; the next minute he can’t stand to look at me.”

“The morning after that horrible dinner,” Rebecca said, “John told me that he hadn’t wanted to eat out with me, there was something else he really wanted to do instead. Since we had reservations at the restaurant he decided go along with our plans, but he resented it. He resented me, and he showed it by ignoring my existence. He told me he acted out of spite. I was shocked.

“I told him off, and at first he didn’t seem particularly upset, like he didn’t care at all, like it was nothing and I should just forget about it. That made me really mad and I called him a big baby, and then John got angry, too, like my anger justified his and he turned things around so that now the argument was about my anger and became my fault. I guess I’m not allowed to get angry. But when he got mad, he finally got honest. Clearly, he was angry all along—angry and spiteful.”

“So what about this spite thing?” Elise asked Rebecca.

“This is what I think,” Rebecca said. “John got mad and hid it because he didn’t have the courage to be upfront about his feelings. There’s an old saying: to ‘cut off your nose to spite your face,’ which is what happened that night. John spoiled the dinner not just for me but for both of us, and he changed the memories of what had been a lovely weekend into something ugly.

“Generally, John is mostly a good guy, but every once in a while he can be mean and selfish.”

“I wonder what will happen next time,” Elise said.

Note: The preceding article describes a fictional situation between fictional people and is intended only to illuminate elements of real-world relationship dynamics. Seeking a therapist to help resolve dynamics such as these is highly recommended.