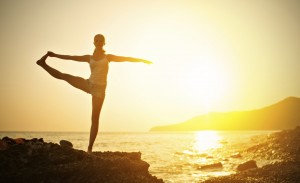 Many people today have a basic, working knowledge of psychology, but chances are it is based on a Western model. In fact, there are many systems of thought that shed great light on human experience—and they long predated Sigmund Freud!

The ancient yogis had no fancy diagnostics to peer into people’s brains; they just had a lot of time and developed great powers of observation. One of the most interesting concepts they developed is the kleshas. The kleshas are like psychological obstacles to our highest selves. They are:

These “afflictions of the mind” get in the way of our daily functioning. All of them can be said to stem from the first, which is ultimately the most important. If we cannot—or do not—see reality as it is, then all the others can run rampant. Most of us have one or the other that we default to. Are you an avoider or excessively attached? Are you living in denial to escape reality?

As we age, these five kleshas can really impede our ability to live life fully. In terms of ignorance (avidyā), consider how many of us deny our aging process and still try to do what we always have. The reality is that we may have less energy or stamina, but because we do not want to face our aging selves, we push too far.

Another example might be that of trying to change a loved one. Though we know they don’t want to change and have never responded to our proddings, we still hope they will change—and we end up disappointed and aggravated. If we were able to see clearly, we might realize that it is our own unwillingness to accept the person “as they are.”

Egoism, as we age, might be reflected in the expectation that the world conform to our needs, though it is really no one else’s responsibility to make that happen. We often forget that we are part of a complex and interconnected universe and that we are only a small link in the chain.

An example of attachment would be a clinging to identities of ourselves that no longer hold true. For instance, if you were always a woman who attracted a lot of men, you may struggle with holding on to that part of yourself because you don’t want to lose that attention. In so doing, you aren’t in the moment, and always feel you come up short.

Avoidance is the opposite of attachment: Instead of dealing with things head-on, you just ignore or bypass them. An example might be not following up with doctors’ appointments because of fear of what you will find out.

Finally, abhinivesa is a fear of loss/death and might manifest as expending precious energy and time “fighting” the inevitable. I have had many difficult conversations with people who convinced themselves that they are invincible and that sickness and death wouldn’t happen to them! Imagine their terror when they realized that they, too, will succumb to this inevitable end. It would be much healthier to accept that this is a natural, unavoidable part of life, and to utilize your precious energy to enjoy the present, take care of yourself, and let go of “fighting.”

If you are interested in learning more, two good resources are: The Pure Heart of Yoga: Ten Essential Steps for Personal Transformation by Robert Butera and Yoga and the Quest for the True Self by Stephen Cope.