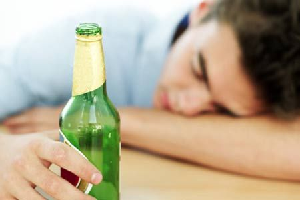 Many people I work with have often been successful at maintaining some sort of long-term sobriety/abstinence from alcohol or drugs. If you participate in AA/NA, getting your one month chip is often described as exhilarating. There is a boost in self-confidence and hope in one’s ability to regain control of one’s life. But something happens after the one year chip. All of a sudden chips stop coming. You don’t get as much attention and support anymore as you did in the beginning. All of a sudden you are “cured” and/or you are supposed to know how to do this on your own.

How are you supposed to know when you’re in “the clear”? Are you ever? Addiction is a relapsing disease. This means relapse is part of recovery and instead of refusing to accept this fact, it is important to put more effort into understanding relapse, warning signals and ways to prevent it.

Here are some signals I have noticed:

As you may notice the list above has much to do with where you are mentally than anything else. I like to refer to this “psychological space” you get into right before a relapse as “the danger zone”. Many times you know you will relapse, you just ignore that fact and either convince yourself that using once won’t make a difference or you set yourself up to fail intentionally.

If you want to avoid relapse when you are in “the danger zone” you want to look out for a few things that may potentially make the situation worse.

Don’t be afraid to ask for help. And if you do happen to relapse, remember that relapse doesn’t happen because of who you are as person. What I mean by this is that there is no chronic “relapsers”, there is chronic relapse behavior patterns. Different choices lead to different results. Once the pain is gone away, we tend to forget it. Remember the pain and the hurt. Remind yourself why you decided to quit to being with. Many people will say that if you “mentally” relapse you have already relapsed “so might as well get high”. This is not true. Wanting to get high is not the same thing as actually doing it.

What have you learned from your relapses that have been helpful?