What Is ADHD? What Is ASD? How to Tell the Difference 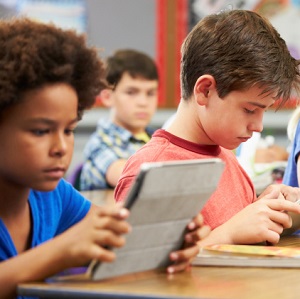 It may seem as though a child who experiences difficulty focusing and completing tasks should be easily distinguishable from one who is experiencing issues surrounding sensory perception and social communication.

But as many have discovered, the well-known and therefore more easily recognizable symptoms of attention deficit hyperactivity, or ADHD, may be signs of autism spectrum, or ASD—and vice versa. If you’re concerned that your child may be exhibiting signs of either ADHD or ASD, it can be frustrating or discouraging not to know for sure.

“With children and even teens, symptoms for a variety of disorders often overlap, which can sometimes make it difficult to accurately diagnosis specific disorders,” says Carey A. Heller, PsyD, GoodTherapy.org Topic Expert. “A careful clinical interview and oftentimes formal testing are the best methods for looking at specific symptoms and trying to determine their cause.”

Formal testing aside, Heller, who has experience working with children and adolescents diagnosed with ADHD and ASD in Bethesda, Maryland, has observed some general distinguishing criteria:

The Centers for Disease Control and Prevention (CDC) report that 11% of children between the ages of 4 and 17 were diagnosed with ADHD as of 2011, and it is more commonly diagnosed in boys than in girls. Children and adolescents who exhibit difficulty staying focused on tasks, organizing their assignments, and listening and following through on instructions may have ADHD. Being easily distracted and forgetful, as well as fidgeting and talking excessively may also be signs of ADHD.

In his practice, Heller has observed that for young people with ADHD, struggling to keep up with schoolwork and stay focused in the classroom and at home may lead to other issues like being easily frustrated or angered and experiencing anxiety and depression.

Emotional and behavioral issues such as these, coupled with inattentiveness and poor listening skills, often make social relationships a challenge to initiate and maintain.

Ultimately, determining whether a child has ADHD is a many-step process that ideally involves medical evaluation as well as psychological testing.

According to the National Autism Association (NAA), autism spectrum issues are a bio-neurological condition that affects the development of areas of the brain associated with speech, language, social skills, and cognitive functioning, which presents significant challenges in communication.

As an infant and young child, these developmental delays may manifest as a lack of expressiveness, specifically with regard to smiling, babbling, and gesturing, as well as an aversion to certain forms of physical engagement, such as cuddling, waving, making eye contact, and responding to his or her name. Not wanting to play with others or ask for help are other indicators, especially as the child ages.

The NAA also reports that a diagnosis of ASD is four times more common in boys than in girls, and the symptoms of ASD typically appear before the age of 3. About 40% of children with autism do not speak at all, and approximately 25% to 30% will begin to form words between 12 and 18 months of age; still others develop the ability to speak later in life.

It is not surprising then, that one of the main struggles children with high-functioning ASD encounter is with social interactions. Though they may long for social camaraderie, they often have a difficult time connecting with and being accepted by peers.

As Heller has witnessed, this rejection takes a toll and may lead to feelings of loneliness and depression, as well as the tendency to engage in solo, potentially obsessive activities.

“Some individuals have limited interests and will go through phases where they are obsessed with a specific type of item or activity such as collecting rocks, magnets, or playing video games,” he says. “Obviously many children love video games, but some individuals on the spectrum because so obsessed that they are essentially addicted and play all day and neglect showering, eating, doing homework, sleeping, and other necessary activities.”

If you think your child may be showing signs of autism, early intervention is key for coping with and possibly overcoming the obstacles he or she is bound to face.

What Causes Confusion in Diagnosing ADHD and ASD?

Considering the differences between the two, it may be difficult to understand how misdiagnoses can occur. But especially in the younger years, both ADHD and ASD present problems in listening, focusing, paying attention, and sustaining peer relationships. Self-regulation and the ability to learn and process new information are also inhibited in both conditions. Consequently, they may be mistaken for one another.

Additionally, Heller notes the “high frequency” of people with ADHD who display “comorbid” symptoms of ASD, which adds to the confusion and warrants joint diagnoses.

“In practice, I have seen many children and teens who display symptoms of both ADHD and ASD, and it is not always easy to separate which symptoms truly are due to one disorder versus the other one,” says Heller. “I feel it is usually better to focus on treating the specific symptoms rather than focusing on the diagnostic label.”