Accentuate the Positive: A Guide to Increasing Self-Esteem 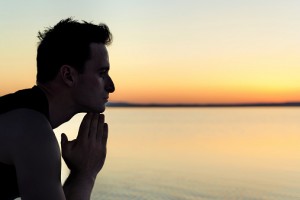 A person voiced the following as the topic of self-esteem came up during a recent therapy session, this time in reference to the holidays: “Not another dinner with my family. … I wish it was just January already so I could avoid my family and every comment they make about how much of a failure I’ve become and how worthless I feel. I’m not even sure if that’s what they’re really saying anymore … but boy does it seem that way to me.”

Feelings of being worthless, a failure, not up to one’s hopes and dreams, and low self-image can be a crippling pattern that ravages all sense of motivation and well-being. These thoughts can be pervasive, and it can be difficult to find any aspect of life that contradicts negative self-talk. These messages may begin to pile up in our minds as explanations for the life circumstances we all face. Unchecked, low self-esteem can lead to depression, substance abuse, fighting with friends and family, and in extreme examples, even suicide.

The above example of a person’s struggles with family members’ statements is not all that unusual, especially as self-esteem tends to rely on messages we receive from others in our earliest and formative years—parents and loved ones in particular. Getting chronic negative feedback tears down how we feel about ourselves. Without contrasting, positive messages, we may believe the negative feedback as gospel. It no longer becomes someone else’s opinion; it becomes fact. This may persist throughout adulthood. That is, until either a build-up of positive messages allows us to overcome these childhood hurts or we begin to address our self-esteem issues ourselves, embracing the challenge individually, maybe with the help of a therapist.

The issue of self-esteem and competition comes up most often when a sense of helplessness and hopelessness accompanies low self-esteem. Self-efficacy—the belief one has that he or she can accomplish tasks and achieve goals—gets attached to low self-esteem. A competitive viewpoint may separate these two closely related mental processes. A feeling that you aren’t worthwhile or a very good person is a very different hurdle to manage when you also feel that you can do something about it.

Are these beliefs based on achievements, such as career or educational accomplishments? Are they based on relationships and feeling close to loved ones? Perhaps based on guilt or shame from behavior you believe is improper and doesn’t match up with your personal values? How many of these beliefs would change, then, with the idea that changing these behaviors would then change your view of yourself? Perhaps the idea that you can change also lends credence to the fact it is not you who is a failure, but rather specific actions which may be corrected. This may result in a lot of guilt over things you’ve done, along with regret and a desire to change it. That is far preferable to shame, a belief that it is not behavior but rather a characteristic of self that is not worthwhile. These concepts of guilt and shame are closely linked with self-esteem.

So how do we feel better about ourselves? To begin, I would recommend a mental approach which many athletes and competitors rely on. I use their example not because I think athletes and competitors are higher-functioning than anyone else. Rather, these individuals confront low self-esteem in order to perform in a successful way. Even some stereotypes of athletes include a brazen cockiness or arrogance. While this may be a symptom of not addressing self-esteem in a healthy manner, and may in fact compensate for low self-esteem, many athletes take a healthy approach by having a “short memory.”

Acknowledging mistakes, failures, and disappointments is a process virtually every professional athlete must go through. Watching videotape, analyzing failures, and reviewing poor outcomes is a way athletes check their behavior and acknowledge what must improve. However, the majority of their training is not spent watching their pitfalls. Far more is involved in moving beyond the pitfalls, focusing on what lies in front of them, focusing on the present moment. Doing the same outside of a sports arena may aid us all in acknowledging failure but not dwelling in it.

Continuously positive self-feedback whenever possible is also helpful. Reminding ourselves how wonderful we can be, and focusing on what makes us who we are in positive ways, can begin to confront some of that negative self-talk. Tough to do? Maybe, but often it’s due to a pattern of daily, negative self-talk that we accept rather than refute. If you’re unconvinced, try an experiment: write down every negative thought you have every day for a week. You may be surprised by the volume of thoughts that enter our minds that are negative, self-defeating, or worse. The following week, try to come up with a positive counterpoint at the end of each day. Even with low-self-esteem, it is difficult to imagine someone being so awful and deviant in their totality that there do not exist some contradictory, positive attributes.

I say this as a professional who has worked with many people struggling with substance and alcohol abuse, many of whom spent years doing horrible things to themselves and others that fostered low self-esteem. Some of these things included abusing themselves, family members, and their community through negative and even criminal acts. Even still, there are positive attributes to accentuate. In my experience working with this population, the folks who were able to focus on what made them wonderful human beings eventually acknowledged their issues as perpetuating the negativity, throwing a wrench into their actual, positive selves. Many stopped using and selling drugs and ceased to engage in otherwise negative behaviors. Unsurprisingly, they felt better about themselves.

My promise is that this pattern is not limited to addiction. Overcoming low self-esteem relies on us identifying these thoughts as self-defeating, circular, and untrue. The truth is that being alive in our world is tough, and surviving in it is something we all ought to feel pretty good about.