Abstinence-Only Sex Education May Do More Harm Than Good 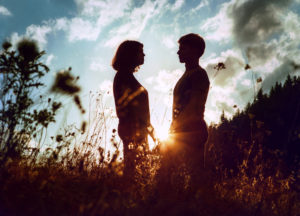 Previous research supports the conclusion that abstinence-only sex education does not work and may be harmful. A 2011 study found states with abstinence-only programs have higher rates of teen pregnancy. Other previous research found adolescent girls who take a “virginity pledge” are more likely to contract human papillomavirus (HPV) and have unintended pregnancies.

A 2009 Centers for Disease Control and Prevention (CDC) analysis of 23 abstinence-only programs found inconclusive evidence that the programs work.

The study reviewed data on abstinence-only sex education dating back to 2006. Researchers also gathered data on sex education between 1995 and 2013 from the National Survey of Family Growth. Twenty-six states require sex education programs to stress the importance of abstinence. Nineteen require teaching that sex should only occur within marriage.

According to the study, as abstinence-only sex education became more popular, access to comprehensive information about sex and sexuality declined. From 1995-2013, rates of formal instruction on birth control declined. Eighty-one percent of adolescent males and 87% of adolescent females received such instruction in 1995. By 2011-2015, the figure had plummeted to 55% of teen boys and 60% of teen girls.

Most abstinence-only programs primarily discuss heterosexual relationships, often in a context of rigid gender roles. The study found these programs highlight female passivity and male aggression. These stereotypes may harm adolescents, and previous research suggests they discourage the use of contraceptives when teens do decide to have sex.