‘A Slice of the Good Life’: Fundraising for LGBTQ+ Youth 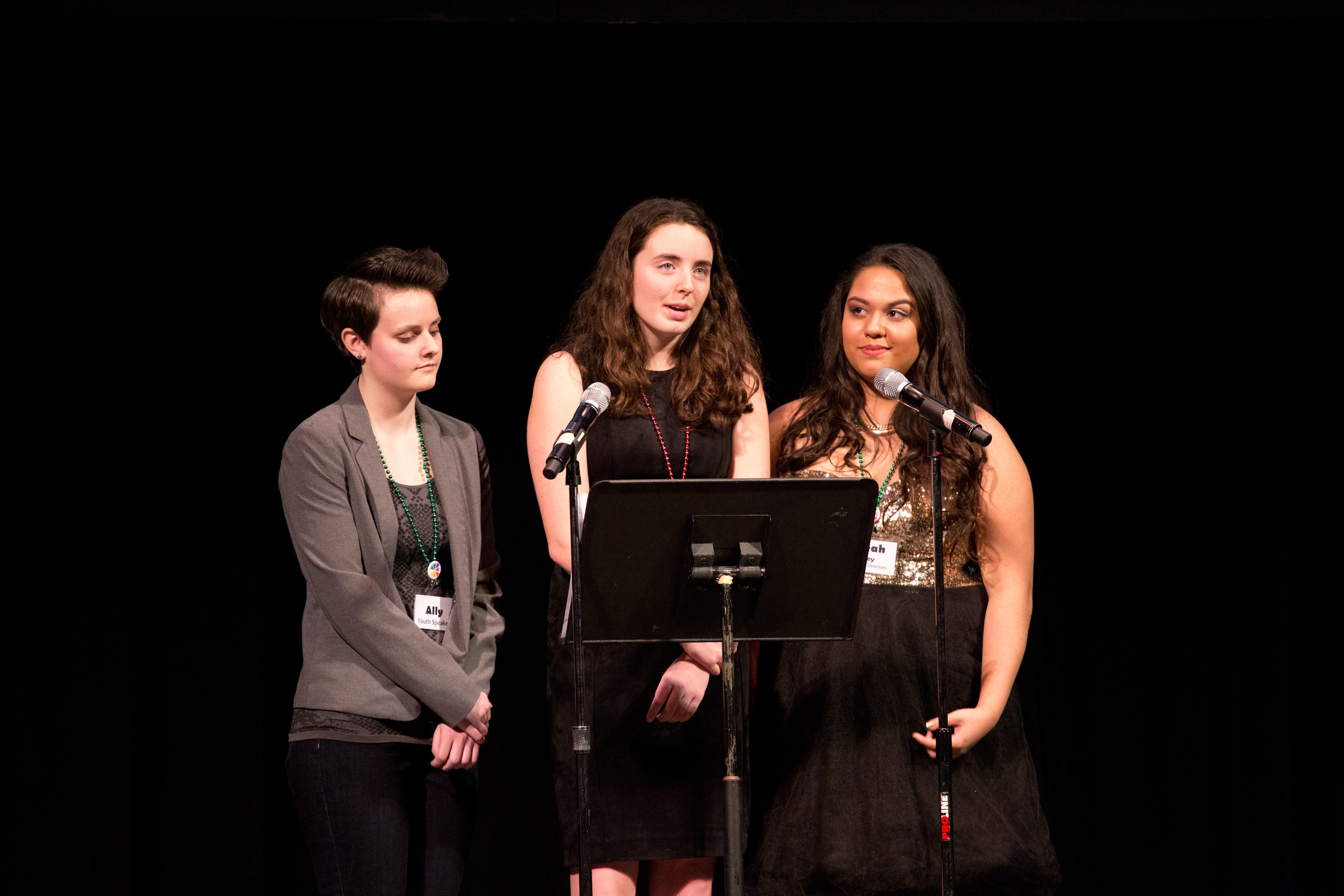 Rey told an audience of more than 500 people about her experience in the LGBTQ+ youth support group at Pizza Klatch’s second annual Gayla, “A Slice of the Good Life,” last month.

“[Adolescence] is a time in someone’s life when standing apart makes you a target,” Rey said. “Because of Pizza Klatch, I know that I never have to go through something by myself ever again.”

Pizza Klatch started in the North Thurston County School District in 2007 in response to a cluster of suicides in the area. The original after-school program for high school students moved to lunchtime in 2008 after backlash from a few disapproving parents. 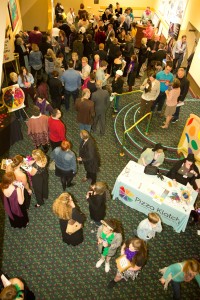 The support group now reaches 250 youth in 11 high schools per week, offering them pizza and a confidential place to talk. After a survey of student participants last year, 91% of respondents said they had heard a derogatory slur within the last year, and 70% had attempted to harm themselves, but 63% also said they think less frequently about suicide after beginning to attend Pizza Klatch meetings.

Pizza Klatch’s Executive Director Jessica McKimmie recognizes the importance of connecting youth with community resources they need both to stay alive and to thrive.

“It’s a tremendous inspiration to see so many community members who support the health and well-being of LGBTQ+ teens. These students are still at higher risk for depression, substance abuse, self-harm, and even suicide,” McKimmie said to the Gayla audience. “May we all ask ourselves what more we can do to improve safety to those feeling the most oppression.”

The fundraising event—held at the Washington Center for the Performing Arts in Olympia, Washington—raised more than $78,000 from sponsorships and donations, which is equal to about a third of Pizza Klatch’s annual operating budget. GoodTherapy.org contributed one of those sponsorships. The funds will go toward current programming and continued growth for the support group.

The mainstage show featured entertainment from President Obama’s 2013 inaugural poet Richard Blanco and country music award winner Chely Wright, who was the first country musician to come out as gay.

Blanco read a few of his poems, evoking both laughter and a few tears from the audience. He shared childhood stories of growing up and finding love with his husband, Mark.

“Love is more powerful than any fear is anybody’s heart,” he said. “Love is ultimately what I think Pizza Klatch is about and why we are all here tonight.”

In between songs and sharing her own stories, Wright praised Pizza Klatch for educating and changing the hearts and minds of all kinds of people in the community. Before Wright’s mother recently lost her battle with cancer, she rekindled a relationship with Wright and her wife Lauren after years of estrangement. Wright said the progress LGBTQ+ groups help accomplish is responsible for changing her mother’s outlook.

“I know you changed my mother,” she said. “Organizations like [Pizza Klatch] heal hearts and heal families.”

Pizza Klatch is continuing to grow in Thurston County. The board hopes to expand into local middle schools, and the group will soon have a team of certified trainers able to train counselors and support staff in each school.