A Paradox: How the Pursuit of Happiness May Lead to Unhappiness 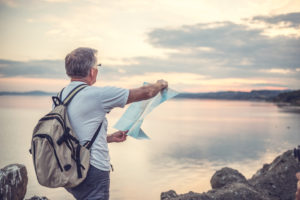 Working to be happier can be a significant time commitment. According to four trials published in Psychonomic Bulletin & Review, the time constraints of pursuing happiness may paradoxically make people feel less happy. The study says people on a quest for happiness often feel like they have less spare time. This time pressure can cause people to feel less happy.

For the first trial, researchers recruited 113 participants from Amazon’s Mechanical Turk. A 7-item scale assessed people’s desire for happiness. This desire was measured by their agreement with statements such as, “To have a meaningful life, I need to feel happy most of the time.” Researchers also surveyed participants about their perception of how much time they had. Individuals reported how much they agreed with assertions like, “Time is slipping away.”

People who placed a higher value on happiness were more likely to think they had less time.

In the second trial, 117 undergraduate students completed a study about TV programming. Researchers instructed one group to feel happy while watching a movie. They told the other group to let any emotions arise naturally. Participants either watched a “neutral” movie about bridge construction or a “happy” slapstick comedy (Mr. Bean). The movies were the same length.

Those who watched the neutral movie while trying to be happy felt that the movie was shorter.

Yet people seeking happiness while watching a happy movie felt no time difference. These results suggest people who “achieve” happiness do not sense any time scarcity. People who are already happy seem to be protected from any negative effects of pursuing additional happiness.

Both the “high-time” and control groups felt time was scarce. The researchers claim the groups responded similarly because the average person already believes happiness is time-consuming. The researchers then adjusted the data to merge the two groups. When they compared the merged group with the “low-time” group, those who believed happiness takes less time felt less of a burden on their schedules.

People seeking happiness reported feeling less happy. They also felt they had less time. Those who listed reasons they were already happy felt they had more time and more happiness. The researchers found the perception of time as scarce directly predicted lower happiness levels.

What is the Path to Happiness?

These studies suggest the pursuit of happiness may not help people feel better. People who feel happiness is always far in the future may regret spending so much of the present chasing their goal. Mental health professionals may wish to be mindful of how time constraints, perceived or real, can impact happiness.

People who think of themselves as already happy may see an improved mood. Strategies such as keeping a gratitude journal can support feelings of satisfaction. Identifying good things about the present, the study says, can make any time spent pursuing happiness feel worth the price.