4 Ways Affection Can Hurt Your Relationship 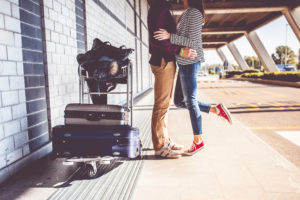 Demonstrating affection can either bridge or divide your relationship. Generally, people tend to regard affection as a positive experience. However, the intention behind your affection may dictate whether your partner receives it well.

From the time you were born, affection offered you a physical sense of safety. It fed your neurological need to connect. This need for touch did not end in infancy. If you avoid touch, this can be due to learned behavior in childhood or to the quality of touch in your adult romantic relationships.

In general, adults continue to need touch to fulfill their need for safety, security, and connection in a way that verbal expression cannot. Yet you might find yourself guarded when your partner reaches for you. Or, on the flip side, you might feel like your partner slips away from you upon your reach.

When Carissa and Mitch came to see me, Carissa admitted while laughing, “Yes, it’s true. I do cuddle him more when I want something. Or sometimes, I do that when I know I spent too much on the credit card.” As a result, Mitch did not value their affectionate exchanges.

Sylvia and Don struggled with affection as well. Sylvia said she didn’t trust Don’s affection “because he always wants more.” Don said, “I don’t get it. Wouldn’t you want sex to start out affectionate?”

For these couples, affection became confusing. Their work involved differentiating between physical and sexual touch while helping them understand how intention impacts the quality of their affectionate exchanges.

Below are four areas on what I call the “affection spectrum” that can produce unhealthy relationship exchanges:

Affection as a Sexual Agenda

If you fit into this area of the spectrum, you use affection to advance toward sexual exchanges. When affection always leads to sex, affection can feel unsafe. If you experience lower sexual desire than your partner, you may not only engage less in sex but eventually turn away from all touch, including affection. This typically happens because you feel pressured to perform sexually with every kiss, hug, or cuddle.

Affection as a Tool

This describes offering affection only when you want something else. Affection becomes a form of manipulation, used for personal gain. You might offer affection or rein it back in with the flip of a switch. Affection can feel confusing and disconnected for the receiver because they pick up on your lack of genuine care.

Affection as a Weapon

Here, you withdraw affection as a means of punishment. You may struggle to verbalize your discontent on an issue. Instead, you may retreat for hours, days, weeks, or even months. This passive-aggressive behavior may create a sense of loneliness, isolation, and abandonment for your partner.

Affection as a Plateau

If you want to use your affectionate exchanges as a bridge to one another, have honest conversations about its role.

In counseling sessions, I worked with both couples on moving away from dysfunctional affection to using affection as a bridge to connection. This involved strengthening their emotional and sexual intimacy so their physical, non-sexual touch (affection) grew out of healthy intent.

Affection as a Bridge

You give and receive affection generously with each other. You trust your affectionate exchanges. You feel how it strengthens your relationship. Because of this trust, affection can lead to sex or not. Here, you focus more on affection as a loving exchange rather than as a means to an outcome. Overall, affection helps you feel cared for, safe, and loved.

Nurturing your affectionate touch strengthens the bond between you. Affection demonstrates warmth and tenderness. Affection generally affirms that you like and love your partner.

Consider the role affection plays in your relationship. If you want to use your affectionate exchanges as a bridge to one another, have honest conversations about its role. Focus on your intentions when you reach out for each other. Notice where you are on the spectrum.

Remember, affection is not only a bridge to each other but also a means of connection between your emotional and sexual expressions. Aim to cultivate health in all of these areas for optimal relationship satisfaction. For nonjudgmental guidance, contact a licensed couples counselor.

Note: To protect confidentiality, names and other identifying characteristics in the preceding account were changed.