15 Things Children Want You to Know About Divorce 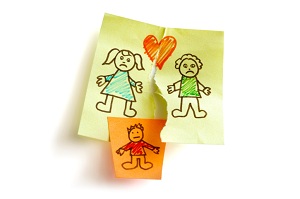 Children often feel or actually are voiceless when their parents divorce. It is a highly emotional time for parents, and kids sometimes become part of the fabric of the conflict as each parent decides what he or she thinks is in the best interests of the children.

There are some parents who can continue to parent their children and maintain a civil, if not friendly, relationship with the person from whom they are disengaging the rest of their life. For those who cannot, it appears children have a great deal to say about this. If and when they do tell you what they think, it is a good idea to really listen to some of the words of wisdom they have to offer. Here are some examples based on Cooperative Parenting & Divorce Parent’s Guide (Boyan & Termini, 1999).

If you are in any stage of divorce, you might want to take these ideas into consideration when you interact with your children.