Where Does Self-Esteem Come From and How Can I Develop It? 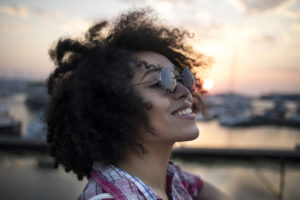 Self-esteem has been a pop psychology topic for decades. People often focus on it in therapy. We often speak about it with flowery and shallow language, though there is a plethora of research about the topic. Self-esteem is influenced by evolution, childhood, rejection, social group stability, and, most importantly, beliefs.

I’m going to make all this neuro-psychobabble palatable.

Our beliefs about ourselves are formed through recurring experiences with the world. Those beliefs have an enormous influence on how our personality develops. They dictate when we feel safe, what we think is funny, who we’re attracted to, and virtually every other part of our experience. Due to how our beliefs are stored in the brain, though, they’re not intellectual and logical. They’re emotional and difficult to analyze, but they paint our reality.

One of psychology’s more reliable phenomena is human beings’ tendency to make use of invalidated information. When we learn information about others or ourselves, it’s difficult to unlearn it. This is why you can’t shake the belief you’re bad at math, because your second-grade teacher told you so.

Our brains develop the ability to understand other people’s perspectives (both visually and mentally) at around 2-3 years old. This is when the medial prefrontal cortex (mPFC) begins to develop. The mPFC plays a fundamental role in self-reflection, person perception, and theory of mind (ToM.) Thus, the mPFC serves as a key region in understanding self and others. This is when a child might begin to take interest in the wiggles, but doesn’t understand that every guest who walks into the house doesn’t share the interest.

At around age 4-5, children begin to understand that two people in different places see different things or see things in different ways (both visually and mentally). At this age, your child will realize that the wiggles aren’t everyone’s cup of tea (whew!).

The mPFC is activated when a person is asked to make context-independent judgments about themselves. An example of this is the statement, “I am smart.” This statement doesn’t depend on your grades or how many books you’ve read. This is just a statement of your positive feelings about your intellect.

Our ability to make positive judgments about ourselves is rooted in our childhood. In neuro-imaging studies conducted with adolescents, mPFC activation decreases with age. By adolescence, context-independent judgments are fairly solidified. Therefore, when criticism is normalized in childhood, a person may tend to perceive others as highly critical.

How Much Do Our Beliefs About Others Impact Our Lives?

How we process social rejection is largely decided by our perceptions of others. Our beliefs about the intentions of others ultimately determines how we will behave in various situations.

One of the most common scenes that people in therapy go back to, in digging to the roots of self-esteem issues, is listening to their parents speak poorly of others. When a parent models gossip about others as normal communication, a child may easily generalize that people are critical.

One of the most common scenes that people in therapy go back to, in digging to the roots of self-esteem issues, is listening to their parents speak poorly of others.

On the other hand, parents who focus on providing a warm and positive relationship with their child are shown to increase self-worth in their children during adolescence and adulthood. When people believe that the world is a generally loving place, they are less likely to experience mistrust and neurosis. Brené Brown suggests “(…) we need to be the adults we want our children to be. We should watch our own gossiping and anger. We should model the kindness we want to see.”

A parent who consistently gossips around their child and is critical of others, even if they are not critical of the child directly, provides a recurring negative and socially unsafe experience of the world. This can cause a feeling of disconnection with the parent.

Negative Memories and the Brain

Our brains hold tightly to memories connected with negative emotions and experiences, especially those where we feel unsafe, criticized, or rejected. The memories are categorized by the brain as critical in preparing for future potential crises.

Why Acceptance and Rejection Matter

Social rejection and disconnection is devastating to humans. From an evolutionary standpoint, the more primal part of our brain understands that an isolated human is not suited to survive. Our ancestors depended on the acceptance of a group to live and procreate. Without a stable group of people to belong to, rejection can cause major negative neural, biological, emotional, and behavioral responses.

When a person experiences rejection or disconnection, the following things occur:

These changes result in aggression and discomfort. Studies have shown, though, that a rejected person who is offered even a small bit of acceptance from a stranger will significantly reduce their aggression and their physiological symptoms will decrease drastically.

There’s an extensive knowledge base when it comes to self-esteem! Here are some pointers for developing it.