When a Father Leaves: Adolescence and Abandonment

August 7, 2015 • By Share Your Story contribution by Ros Limbo 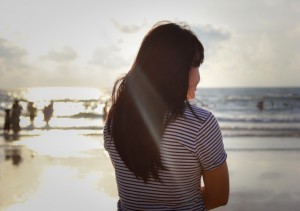 If her heart is broken, maybe it’s because her father broke it first. Her inability to accept herself is probably because he told her that she would never be good enough for anyone or anything.

I am a young lady that grew up without a father. I would watch enviously as friends celebrated father’s day, wishing I could do the same. I remember spending hours imagining my father coming back and telling me how he has missed me in his life. I imagined conversations and holidays that I knew would never happen. I could not fathom why I was never good enough for him to call daughter. If I am not good enough for my father, how will I be good enough for anyone else?

This began my journey to self-loathing. As an eight-year-old, I would spend hours drawing circles around the areas I wanted to change. As more and more people around me commented about my weight and unattractive features, I began to obsess about my image. I moved from dreaming about plastic surgery to experimenting with ways to lose weight. People around me were too busy to realize that I had begun experimenting with diet pills, binging and purging, and starving myself for days on end. All I could think about was being skinny. Maybe if I was smaller, I would be sexier. Maybe if I was skinnier, more people would love me. Maybe if I was skinnier, my father would come back…

My strong desire to be loved strained my relationship with food, and began to take a toll on my mind. I would find myself crying for hours on end, not even sure what I was crying about. I began hiding from the world, thinking of ways to give myself an early exit. At that moment I did not realize that I was suffering from depression. In all honesty, I thought that’s how life worked: some people deserved happiness, and some didn’t. I was one of those that didn’t deserve it. I was not popular, and I didn’t fit in with anyone in my family. I was a constant outcast, and this pushed me into further isolation.

My isolation made me desperate. I wanted someone, anyone to love me. I wanted to feel like I belonged somewhere. So I clung on to the first sign of love that presented itself to me. It always came in the form of an abusive relationship, but that didn’t matter to me. I allowed people to cheat, because at least they would come back to me. I justified the physical abuse, blaming myself for saying or doing the wrong thing. I endured the emotional and psychological torture, because at least I was not alone. Any attention I received was better than nothing at all. I would run away from any “good guy” because someone like me didn’t deserve anything good.

Today, I’m a work in progress. I still have food issues that make me border on an eating disorder. After six different combinations, I have found antidepressants that are helping to pull me out of the dark shadows of my mind. I still find myself afraid of relationships, scared that I might end up in more abusive relationships. I try to keep my mind occupied with small happy thoughts, which will one day lead me to some form of happiness. 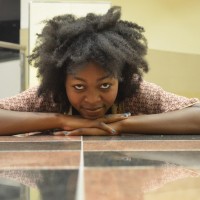 I was first diagnosed with depression in my last year of university. From that day on, my life changed. I have tried over four combinations of medication over the last two years. I try to focus on the positive: my love for God, writing, and yoga. I am lucky to have family and friends that support me even when they don’t understand my struggle.

Ros keeps a blog at memoirsofavirginprostitute.blogspot.com.