What Is the Difference Between Paranoia and Reasonable Suspicion? 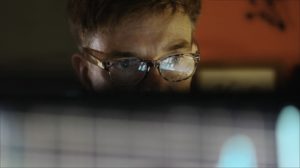 In 2013, former CIA employee and government contractor Edward Snowden released classified documents revealing the broad scope of U.S. government surveillance. Suddenly, fears that once seemed paranoid were decidedly rooted in reality. Paranoia and anxiety are common. They can be part of the typical range of human experience or signs of a serious mental health diagnosis.

Drawing the line between normal fears, anxiety, and paranoia can be difficult. That’s especially true when a person’s apparently paranoid fears turn out to be true—as was the case for activists targeted by programs such as COINTELPRO, and for Ernest Hemingway, who really did have an FBI file. Knowing where to draw that line, and how to decide whether a fear is reasonable or not, can help people seek appropriate mental health care.

Paranoia is persistent anxiety about a specific fear. Paranoid anxieties often center around persecution, being watched, or being treated unjustly. The hallmark of paranoia is that it is rooted in a false belief. People with paranoid thoughts may also have false beliefs about their own power or importance. For example, a person who does not occupy a political position or engage in activism might believe in an international conspiracy to monitor and torture them. In some cases, exposure to trauma or severe stress can make people more likely to experience paranoia.

People experiencing paranoid thoughts are often preoccupied by these thoughts. They may be fixated on getting other people to accept their beliefs as true. They may make unusual choices designed to protect themselves from the sources of their anxiety.

Fleeting moments of paranoia are common and don’t necessarily mean a person has a mental health condition. Paranoia is also distinct from anxiety in that:

Delusional paranoia is paranoia due to a false belief. While often a hallmark of schizophrenia, it can also be due to other mental health diagnoses. When a person’s fears are rooted in reality or reasonable, they’re not paranoid. The challenge is determining which beliefs are reasonable and which are not.

A lawyer working with detained immigrants might worry that they are being monitored by the government. A doctor working with infectious diseases may be concerned about becoming infected or spreading the disease. Even if the fear does not come to fruition, it is rooted in reality.

It’s important for mental health providers to critically examine why a person has a specific fear and how their social bubble, occupation, culture, and other factors may affect that fear. For instance, young black Americans may be fearful of the police. To someone who has never had a negative interaction with police, this fear might seem unreasonable, even paranoid. To a person exposed to police violence against young black people, the fear seems reasonable and is unlikely to be due to a mental health diagnosis. Dismissing a person’s reasonable fears can be very harmful, especially when it happens in therapy.

It’s important for mental health providers to critically examine why a person has a specific fear and how their social bubble, occupation, culture, and other factors may affect that fear.

One way to assess whether a person’s anxiety is reasonable or not is to assess how they respond to conflicting evidence. People with schizophrenia, for example, may continue to endorse false beliefs even when given evidence to the contrary. The conflicting evidence may even be viewed as a sign of a larger conspiracy, or as a reason to distrust a mental health provider. A person without schizophrenia who learns their false belief is untrue may be relieved rather than defensive.

People who think someone they love may have schizophrenia should not spend time arguing about false or paranoid beliefs. This can harm the relationship, making it difficult for the person to feel understood or loved. Arguing about false beliefs may inadvertently stigmatize the person or make them feel judged.

Schizophrenia Symptoms: The Link to Paranoia and Anxiety

A person who has paranoid thoughts may have schizophrenia or a related condition. Only a mental health professional can treat and diagnose this condition, so it’s important to seek expert insight.

Schizophrenia usually begins in adolescence or early adulthood. Someone who develops paranoid thoughts later in life might have another mental health condition, such as dementia.

Some schizophrenia symptoms to watch for include:

When to Seek Treatment for Anxiety About Being Watched

Mental health treatment can help anyone experiencing anxiety, whether their anxiety is rooted in a real source or the product of a mental health diagnosis. Activists such as lawyers or protest leaders who have reasonable fears about being monitored may find therapy helps them manage their anxiety, deal with the effects of those fears on their relationships, and separate reasonable fears from unreasonable ones.

People who have a condition linked to unreasonable paranoia may also find immense relief in therapy. Therapy can help a person understand their anxiety, confront false beliefs, and assess the effects that false beliefs have on their life. People with diagnoses linked to delusions often struggle at work, school, and in their relationships. Therapy can help with developing better communication skills and dealing with the challenges of schizophrenia and other diagnoses linked to delusions.