‘Was I to Blame?’ A Therapist Questions Inconclusive Death 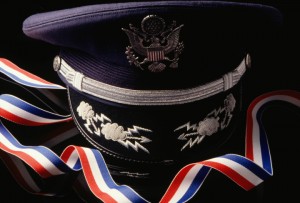 Editor’s note: This article contains mentions of suicide. Details have been altered to protect client privacy.

Bill promised not to kill himself, as long as he could continue to see me. Despite his severe depression, this 67-year-old Vietnam veteran showed up at my office each week at 1 p.m. on Tuesday wearing the same stained beige t-shirt, torn jeans, and a faded baseball cap with the words United States Air Force embroidered boldly across it. His sour body odor choked the room as I listened to the horror of his nightmares and gauged the degree to which he wanted to kill himself that day. The hour before he arrived, I spent readying myself for his whirlpool of despair and avoiding the obvious fact that this person wasn’t getting better. In my 20 years as a psychotherapist, I had never encountered someone in therapy who worried me as much as Bill.

I was his third therapist. Before he reached me, Bill had already spent years in weekly therapy at our facility. His previous therapist ended treatment because he believed Bill was “not interested in getting better.” Still, I was optimistic that I could help this stubborn, but fragile, man. Bill reinforced my aspirations at first by leaving our sessions lighter. His depression soon reappeared, however, like a disturbed old friend who comes for a visit, somehow moves in, and requires a police escort to leave. But no matter how depressed Bill felt, he would always make it a point to end our sessions with, “I really appreciate our work together, and thank you for your time.” This gave me hope.

Bill was angry, bitter, and resentful about many things. At the top of his list was his sister, Kate. What likely started as sibling rivalry in childhood simmered into a putrid sludge of jealousy, betrayal, and abandonment so thick that Bill’s irritable bowel syndrome flared up whenever his sister’s number flashed across his cell phone. Unfortunately, Kate was the only other consistent person in Bill’s life.

The only way I seemed to get through Bill’s anger was to connect with him as a person, not as a therapist. Whenever I strayed from my clinical persona and mentioned that I enjoyed a certain book or movie, he came alive. Bill would recommend certain books or DVDs and loan them to me like a devoted uncle. These exchanges touched my heart and showed me the thoughtful and caring man below his embittered exterior.

Over the first four years of our work, I came to recognize that Bill might be getting worse. There were ups and downs, but the downs came more quickly and stayed longer. His melancholy started to weigh me down, too. I began to feel burdened by our sessions and had trouble tolerating his misery. I knew it was my professional responsibility to work through my resistance, but I struggled. At times, his pain was almost too much to bear.

Somewhere around the middle of his fifth year of treatment, Bill blurted out that he found a “foolproof” suicide method on the Internet. His eyes twinkled as he shared that the suicide would mimic some other form of death.

Somewhere around the middle of his fifth year of treatment, Bill blurted out that he found a “foolproof” suicide method on the Internet. His eyes twinkled as he shared that the suicide would mimic some other form of death. “No one would ever know,” he mouthed his excitement. His demeanor frightened me so much I changed the subject. Later, once we had both calmed down, I asked him to tell me more about this method, but he had moved on. “I don’t want to talk about it,” he insisted. So, I assessed him once again for suicide risk. No, he reminded me, he wouldn’t kill himself as long as he could continue to see me.

After that, I started to question whether I’d be able to keep Bill alive. The gravity of my increasingly impossible duty sat on top of me in session, as I drove home, and at night while in bed. I felt so powerless. The truth was, I couldn’t secure Bill’s safety unless he verbalized intent to kill himself—only then could I hospitalize him. Bill knew this. He knew exactly what words would have him locked up in the psych ward, and he carefully avoided them. He had been hospitalized once before, a number of years ago, and wished never to return.

A few months later, Bill came to session particularly upset. He was being evicted from his flat where he’d lived for the past 30 years. His landlords had sold the property. Bill decided he was going to fight it. His determination seemed to embolden both of us for a few weeks. Bill secured a lawyer and showed up to session bathed and wearing clean clothes. I began to believe that if we could win this fight we might finally lift his depression. As it became clearer that Bill would be forced to leave, I changed course. Not Bill, though.

Bill started missing sessions. At first, I was secretly relieved that I didn’t have to spend the hour arguing with him about finding a new place to live. These disputes wore me out. But I was also worried about him, so after a couple of cancelled appointments I insisted he come back in. Things were not going well at all. Eviction was imminent. As a last resort, Bill had called his sister to ask if he could “crash” for a couple of weeks. Kate refused.

Bill sobbed in my office. I felt crushed, too, as I assessed for suicide and he promised, as always, not to hurt himself. His mood improved as we talked over his situation, and he felt supported. Toward the end of session, he promised to see a doctor about his IBS and attend a stress management group before our next meeting.

When I arrived at work the following Tuesday, I had a voicemail waiting for me from the site manager of our clinic. Bill’s sister, Kate, had contacted him. She hadn’t heard from Bill on her 40th anniversary and found this strange. Nor was he answering his phone. Kate decided to call the police to check Bill’s apartment, where they found him found him on the bathroom floor, dead. The message ended by informing me Bill’s body would be sent for an autopsy to rule out suicide.

I cherished Bill and felt honored by his trust. Then I remembered the words he had used about a year ago—“foolproof suicide.” My grief turned to panic as I began to question whether he killed himself or not, and if so, could I have prevented it?

I locked the door to my office, put my head on my desk, and wept. I was devastated. I cherished Bill and felt honored by his trust. Then I remembered the words he had used about a year ago—“foolproof suicide.” My grief turned to panic as I began to question whether he killed himself or not, and if so, could I have prevented it? Why hadn’t I pressed him more for details? My thoughts jumped down that dark black hole, until I remembered I could only take Bill at his word. He had promised not to kill himself that day, as well as the gazillion other days I had asked him.

The coroner’s report came back a month later. It determined the cause of death to be a myocardial infarction—heart attack. I was relieved. Bill’s death was due to natural causes. But to this day, I still wonder if he may have used the “foolproof suicide” plan. He had come to the end of his road: he was elderly, physically impaired, soon to be homeless, and completely alone. His last remaining pleasure might have been to make sure he would ruin his sister’s anniversary each year by dying on the same day. Yet I can’t be fully certain. If he had taken any actions to bring about his death, they left no trace.

Bill’s death had me asking some very painful questions. Was there more I could have done? Was the therapy unsuccessful? And, most damning—was I to blame for his demise? Thankfully, the uncertainty around his death left many of these questions unanswerable and spared me from the agony I would have felt had I known for certain that he committed suicide under my care. In the end, after I tried so hard to protect Bill, he in his death may have, in fact, protected me. I will never know for sure, and I’m pretty certain that Bill intended it that way.

Susan Oren is a clinical psychologist who has been treating clients and training psychology pre-doctoral interns for over 25 years. Her writing has appeared in professional journals and books as well as in the Huffington Post and three anthologies.