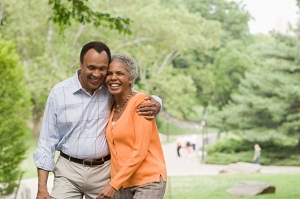 In a world saturated with sexual imagery, appeals to the effects of sexual attraction, and arguments about the way sex affects society, it is difficult for some people to believe that not everyone harbors an interest in sex or feels sexual attraction. But asexuality undermines common beliefs that sexual feelings are universal. While there have always been people who felt little or no sexual desire or attraction to others, the concept of asexuality is relatively new.

Is Asexuality a Sexual Orientation?
It’s easy to confuse asexuality with celibacy or discomfort with sex, but asexuality is distinctly different. While celibacy may be a choice or a result of life circumstances, asexuality is driven by a lack of sexual attraction. People who are uncomfortable with or intimidated by sex generally still feel sexual attraction, even if they are unable to act on it. Asexual people, however, are not interested in sexual relationships with other people. They may still form long-term commitments and get married, but these relationships are typically built around mutual respect and affection rather than sexual attraction.

Asexual people frequently are faced with intrusive questions about why they are uninterested in sex, and some people point to the fact asexual people may later identify as a different orientation or may begin identifying as asexual after engaging in sexual relationships. Asexuality advocacy groups, however, point out that this does not mean that asexuality is not a distinct orientation. Heterosexual people occasionally engage in homosexual relationships, and some people change their sexual orientation later in life. Asexuality seems to function like other orientations, and people who identify as asexual emphasize the importance of respecting asexuality as an orientation, not a mental “disorder,” temporary choice, or product of sexual trauma.

The Path to Asexuality
There is a lot of sexual pressure in our culture. Many asexual people begin to identify as asexual only after having romantic relationships and sexual experiences. Sometimes asexual people have sex to please partners they care about, perhaps because of social pressure or because they haven’t yet learned to consider their own desires. The common denominator among asexual people, however, is no desire for sexual relationships.

This does not mean that asexual people aren’t affectionate or that they can’t engage in romantic relationships. Some asexual people show affection to their partners by massaging them, kissing them, holding hands, or participating in other nonsexual physical practices.

Asexual people who discover their orientation while involved in a romantic relationship often have a difficult road to navigate. There are a variety of ways to deal with disparities in sexual interest, and while some relationships end due to asexuality, partners sometimes agree to arrangements that allow both members of a couple to express their sexuality in a way that is comfortable for them.

Differences in Feelings and Expression
Asexual is not a type of person, just as heterosexual and homosexual people don’t represent specific “types.” The expression of asexuality varies greatly from person to person. Many asexual people experience strong attractions to others and enjoy spending time with specific partners. However, their attractions aren’t fulfilled by sexual interactions. Others experience regular sexual arousal, but feel no need to act on that arousal. Some asexual people find sex extremely off-putting, while others are simply disinterested.