Theory of Well-Being: Elements and Interventions 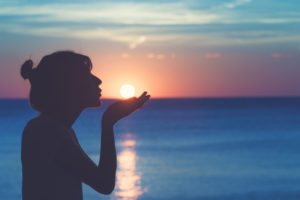 Some of the founding fathers of psychology, including Sigmund Freud, believed human motivation was based on a person’s need to avoid anxiety. In the last few decades, a therapist, psychologist, or psychiatrist often saw it as their job to provide interventions or prescribe medications that help reduce anger, anxiety, or sadness (Seligman, 2012). Some would argue parents and teachers have taken on this role as well with their children or students—minimizing negative emotions rather than teaching people how to function well despite these emotions. Some people believe by minimizing negative emotions, one is free to achieve “happiness,” which is what many people believe the goal of life should be.

Each of these elements contains three properties. First, the element contributes to well-being. Second, many people pursue the element for its own sake. Lastly, the element is defined and measured independently of the others (Seligman, 2012, p. 16).

Due to this shift, the goal of positive psychology is no longer the pursuit of happiness. Instead, positive psychology seeks to increase the amount of flourishing in one’s life and the life of the planet. In addition to the above five elements, which are the core features of well-being, scholars at the University of Cambridge identified six additional features associated with well-being (Seligman, 2012). A person must possess three of them to be considered “flourishing.” These include self-esteem, optimism, resilience, vitality, self-determination, and positive relationships.

Not only has Seligman (2012) described what encompasses well-being, but he has also studied and provided interventions for people to increase their own well-being. These interventions include:

This new theory about well-being can give people hope about the future, especially those who have experienced traumatic events.Due to the success of Seligman’s theory of well-being, many organizations are adopting his theory, assessments, and interventions. He has helped implement initiatives such as the Penn Resilience Program, the Strath Haven Positive Psychology Curriculum, the Geelong Grammar School Model for Positive Education, and the U.S. Army’s Comprehensive Soldier Fitness program.

The U.S. Army’s Comprehensive Soldier Fitness program was designed to help soldiers returning from war develop skills to deal with the impact of trauma on their daily lives. Rather than focus on the soldiers’ weaknesses, the program helps soldiers identify their strengths and use them to overcome adversity. This new theory about well-being can give people hope about the future, especially those who have experienced traumatic events.

While anxiety and sadness can be typical responses to trauma, posttraumatic growth can be achieved. A study conducted by Seligman (2012) found people who had experienced adverse events demonstrated more significant strengths than those who had not. Jay (2017) notes that individuals who experience no adversity are less satisfied, less high functioning, and less successful than those who have experienced moderate amounts of adversity.

If you are seeking to recover from trauma or you want help improving your overall well-being, find a therapist.