The Untold Impact of Mother-Son Incest 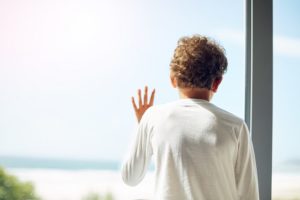 This topic likely comes as a surprise to many. Just the idea of abuse of this nature, between a mother and her son, is shocking to most. The idea of mother-son incest is so far out of the realm of what we as a culture understand about mothers and women that even its victims rarely seek help.

As a society, our views of mothers as nurturers who would never willingly hurt their children may be so ingrained in our psyche that even trained psychologists can be uncomfortable entertaining the idea that sexual abuse can happen between a mother and her son (Osborne, 2015).

Incest (sexual relationships between family members) is taboo and can bring a strong sense of guilt and shame to its victims (Kluft, 2011). While the idea that fathers sexually abuse their children is disturbing, it is accepted as something that can (and does) happen. It is well documented and studied.

Although the idea that some fathers can be sexual predators towards their own family is accepted, the parallel idea, that mothers can be sexual predators towards their own children, has not been widely accepted. We live in a culture that tends to idolize motherhood. Mothers sacrifice so much to give us everything we need. In our society, speaking against a mother is almost sacrilegious. Unfortunately, the perception of a male monopoly on perpetrating incest has led to the creation of damaging myths that silence the male victim.

Reporting incest and seeking professional help may be both shameful and difficult in any situation, but it can be even more difficult in the case of a mother. Often, the reaction will be complete rejection or disbelief. Unfortunately, the perception of a male monopoly on perpetrating incest has led to the creation of damaging myths that silence the male victim.

Males and Sexual Abuse: The Myths

Researcher Lucetta Thomas has identified persistent and damaging myths in regard to male sexual victimization. These myths not only exist in the minds of boys and men who themselves are victims—they are also prevalent in the attitudes and perception of social workers, law enforcement, and even psychologists or counselors (Friedersdorf, 2016). Myths around males and sexual abuse include the following:

Due to the refusal of boys and men to seek help or press charges against mothers who abuse them, it is nearly impossible to determine the prevalence of sexual abuse committed by mothers. However, a few studies offer surprising results and indicate the problem is more widespread than most people would assume.

For example, one study that conducted in-depth interviews of seven men and seven women who reported sexual abuse by a female perpetrator, most of whom experienced severe sexual abuse by their mothers, found a range of long-term damaging effects. Victims reported and/or experienced depression, difficulties with substance abuse, self-injury, increased suicide rate, rage, strained relationships with women, identity issues, and discomfort with sex (Denov, 2004).

Another study conducted in 2002 found that 17 of 67 men who endured sexual abuse during childhood reported mother-son incest. The study found in comparison to the other men in the study, the men who were abused by their mothers experienced more symptoms of trauma. Further, about half of the men abused by their mothers had mixed feelings regarding the abuse, and those with mixed feelings had more adjustment problems compared to men who had purely negative feelings toward the abuse (Kelly, Wood, Gonzalez, MacDonald, & Waterman, 2002).

Lucetta Thomas reported that after her story of mother-son sexual abuse aired on ABC 80, males accessed the online survey over the next two days to report maternal abuse and requested to be interviewed. It must be understood that this type of abuse is possible, does happen, and can do extraordinary damage to its victims.

When we examine outcomes of victims of any type of incest, we find this type of abuse is related to issues around relational trauma and betrayal trauma. Abuse by a trusted family member leads to a significant loss of trust and changes in beliefs around the self and safety in relationships (Kluft, 2011). Understandably, when the perpetrator is a mother, the trauma is likely to carry a particularly high level of damage, especially in light of the cultural perceptions of mothers as nurturers. Furthermore, the implications of reporting abuse of this nature can be catastrophic for the victim, the mother, and the entire family. In many cases, this leaves the victim feeling as if he has no choice but to deal with the trauma in silence.

What Professionals Need to Know

Professionals, particularly those working with sexual abuse cases, need to examine their own perceptions around women as potential abusers. It must be understood that this type of abuse is possible, does happen, and can do extraordinary damage to its victims. In general, many people have been under the impression that a woman cannot really harm another person sexually. This is not the case. As new research surfaces, we are finding that sexual abuse from mother to son can bring lasting trauma and long-term mental health effects (Denov, 2004).