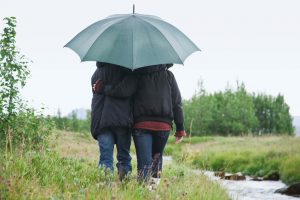 A friend, loved one, or family member pulls you aside to talk. He or she is normally quiet and reserved; this seems out of the ordinary.

“I have something very important to tell you. It’s very hard for me to say,” the person admits. “I have been sexually abused.”

How do you respond?

Do you recognize how powerful this moment is for the person talking?

For mental health professionals and non-mental health folks alike, being in the position of listener may seem daunting. In my work as a therapist, I have encountered many survivors of sexual abuse at various stages of the healing process. Most often, such people describe abuse starting in childhood and reoccurring throughout life.

In addition to the trauma inflicted by the abuse itself, many survivors, if not all, describe a bad experience when they chose to disclose the abuse to someone they trusted. Disclosing abuse is an enormously important and highly stressful event that can mark a golden opportunity for the survivor to begin the healing process.

If navigated poorly by the listener, however, it can easily be a step backward.

Many survivors of abuse hold on to memories of their abuse for years, typically denying, avoiding, or dissociating from them. It often takes an unthinkable amount of trust and vulnerability to motivate a survivor of abuse to disclose these events and make them “real.”

For those of us who have been on the listening end, it can be difficult to know what to do. The experience can be scary, and the unexpected and uncharted nature of the event may make us feel anxious. We may feel dismissive or defensive if the person identified as the abuser is a close friend, loved one, or family member. In some situations, inadvertently or otherwise, we may even shift blame to the victim by saying things like, “Why didn’t you say stop or call for help?” or, “Were you drunk when this happened?” or, “What were you dressed like?” These reactions are antithetical to the help that the survivor worked so hard to seek.

Before we cover what a person in the position of listener should do, let’s explore what may have prevented a survivor from disclosing abuse earlier. Sexual abuse, especially if perpetrated by someone the survivor knows and has an ongoing relationship with (family member, friend, friend of a friend, etc.), typically comes with threats if the survivor speaks up or alerts authorities. Aside from direct threats from the perpetrator, survivors will often harbor their own fears of consequences of disclosure, including:

When someone tells you about his or her experience with sexual abuse, simply saying “I believe you” is the most valuable form of help you can offer. Validation is the first step in breaking the cycle of fear and isolation. Survivors of sexual abuse are often groomed or primed by their abusers to fear the revelation event, so feeling socially rewarded for it will introduce a much-needed new perspective and sense of safety. Additionally, feeling believed when disclosing abuse may also lead to breaking the person’s negative coping skills (denial, avoidance, dissociating). Once the abuse has been revealed and validated, the person may finally feel able to fully confront the reality of what happened and begin the healing process.

Abuse often leaves the survivor feeling powerless. An individual who has felt out of control of his or her body, emotions, and environment may feel a rush of empowerment and hope knowing that someone believes his or her truth. It might even be the impetus to the survivor going to the authorities or seeking legal protection.

What happens when we react with skepticism, blame, or defensiveness? The fears and paranoia nurtured and reinforced by the abuser are validated instead. Rather than seizing an opportunity for healing, the survivor may feel rejected and thus retreat into hiding. In psychotherapy, we call this retraumatizing. When a person feels retraumatized, it may stand as an obstacle for the person to seek help in the future.

If someone you know and love tells you that he or she has been sexually abused, remain calm, listen and speak with empathy, and leave the person no doubt that you are on his or her team. You may help the person take the first step out of a very dark place.