Sins or Twins? Understanding the Relationship Between Envy and Pride 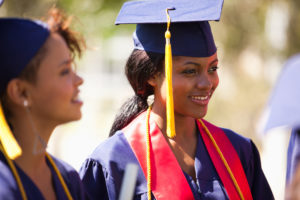 Envy has been described as a vicious emotion, one of the deadliest of all sins. Have you ever envied someone else’s achievements? What is envy and why do we feel it? Researchers at the University of Cologne in Germany who studied the emotion found that envy is quite a natural response to an envied person’s perceived accomplishments. However, they concluded, envy and pride go hand-in-hand. Not only were the researchers able to show through a series of experiments that envy is a normal response to displays of pride, they discovered evidence that envy can sometimes be productive and may actually motivate a person to achieve more.

According to Jens Lange and Jan Crusius (2015), there are two distinct forms of envy:

The distinction is in line with an evolutionary perspective of emotions. Envy can be an adaptive response to an environmental change. By achieving or destroying perceived advantages, humans are able to survive, thrive, and overcome obstacles.

Lange and Crusius found that displays of pride can elicit either benign or malicious forms of envy. Pride can be described as a “spontaneously expressed response to victory” (Tracy and Matsumoto, 2008), and is manifested in two distinct forms based on how the successful person attributes their achievement.

If you find yourself in a constant state of malicious envy, it may be hard to accomplish the goals you set for yourself.

In light of these conclusions, it is tempting to apply them to social media culture. Many studies have indicated people who spend more time on social media have increased rates of depression. In an article by Amit Chowdhry (2016), media researcher Brian A. Primack, MD, PhD said exposure to “highly idealized representations of peers on social media elicits feelings of envy and the distorted belief that others lead happier, more successful lives.”

If you feel displays of pride might be causing you to have feelings of destructive envy, here are some tips that might help:

If you find yourself in a constant state of malicious envy, it may be hard to accomplish the goals you set for yourself. Worse, goals may be clouded by a desire to have what others have, rather than what is best for you. If envy begins to manifest in your life in an unhealthy way, consult a therapist for guidance on how to redirect your thoughts.