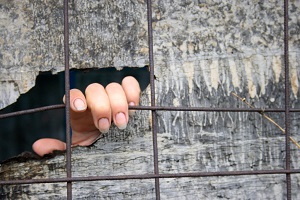 Many people believe that when experiences are too painful or difficult to face, they end up tucked into the unseen corners of the unconscious in the form of repressed memories. The presence of hidden truths in the psyche may then manifest in myriad ways in waking life: panic attacks, nightmares, anxiety, depression, sexual dysfunction, and issues with self-esteem, to name a few.

Sexual trauma, in particular, is viewed by a number of therapists as being especially susceptible to repression (Loftus, 1993). The memories may remain locked away for years before surfacing, which typically occurs in a therapeutic setting.

Several people, mainly women, who recollect memories of abuse 10, 20, 30, or more years after the abuse occurred have sued the perpetrators in court for damages to physical and psychological well-being. Many have won.

However, over the past few decades, the notion of repressed memories has sparked a great deal of controversy in the mental health field. This became especially heated during what became known as the “memory wars” of the 1990s.

Clinical psychologists and therapists who have witnessed adult clients remembering repressed experiences of childhood abuse argue that the memories are real, vivid, detailed, and reliable. Researchers tend to be more hesitant to accept the concept of repression as fact due to the lack of scientific evidence in support of it (Association for Psychological Science, 2013).

Findings reported recently in Psychological Science suggest that this controversy remains just as prevalent today, and that skepticism has actually increased with time. One of the researchers, Lawrence Patihis of the University of California, Irvine, said in a press release issued by the Association for Psychological Science (2013), “Whether repressed memories are accurate or not, and whether they should be pursued by therapists, or not, is probably the single most practically important topic in clinical psychology since the days of Freud and the hypnotists who came before him.”

The study conducted by Patihis and colleagues involved an online survey of practicing clinicians, psychotherapists, research psychologists, and alternative therapists. Their responses revealed that though skepticism regarding repressed memories has increased in the past 20 years for “mainstream psychotherapists and clinical psychologists,” approximately 60 to 80% of the clinicians, psychoanalysts, and therapists who responded to the survey believe that memories of trauma are often repressed and can be retrieved in therapy.

One of the primary concerns of skeptics is that “repressed-memory testimony” may be used in court to indict someone. Being able to testify against long-ago abusers has been known to aide in the healing and recovery of many who endured childhood sexual or physical abuse. However, there have been instances where an adult child accuses parents of abuse years after the fact and the parents vehemently deny the accusation; this inevitably tears apart familial relationships and leaves the accused feeling victimized (Loftus, 1993).

Repressed-memory testimony has also been used to solve unsolved cases of murder, as in the 1990 case of Eileen Franklin, who experienced sudden and vivid repressed memory recall as a 29-year-old mother that revealed a dark secret: When she was 8 years old, her father had raped and murdered her best friend; Eileen had been witness to the crime, and her father had threatened to kill her if she ever told anyone. Her then 51-year-old father George was tried in court and convicted largely based on the evidence provided via Eileen’s memories, although corroborating evidence gathered at the time of the crime was also taken into consideration.

The disturbing number of cases related to repressed experiences of childhood sexual abuse by Catholic priests and other private group leaders has also stirred much dialogue over whether memories that surface years after an alleged incident occurred should be used as evidence in legal cases. As recently as October 2013, Governor Jerry Brown of California vetoed legislation that would have allowed more victims of childhood sexual abuse to take action against the Catholic Church, Boy Scouts, and other private organizations (Miller).

For those who experienced the abuse, being able to seek justice for the wrongs committed against them is essential to their ability to move on and recover. Many of them experience years of psychological torment prior to remembering in full the abuse that took place, and their supporters believe lawsuits should be an option regardless of how long it takes for those memories to appear (Miller, 2013).

Considering that the truth of a resurfaced memory is often nearly impossible to prove with scientific evidence, this may be a situation where researchers should defer to the practicing psychologists and therapists who have witnessed countless cases of repressed recall in action, as well as the people who attest to their validity firsthand and experience intuitive healing as a result.