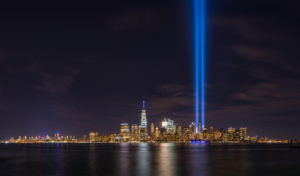 Terrorism describes acts of violence that involve weapons or intimidation and are intended to cause terror or fear in a person or group of people. Though terrorism is generally carried out under a political, philosophical, or religious ideology, the term can also describe other types of violence that might not have such aims.

Experiencing an act of terror can have devastating mental health effects, but addressing terrorism and its effects on a global scale is not simple.

Terrorism in one form or another may have existed since early human history, but it has adapted with the evolution of weapons, science, and technology. Today, acts of terror may be carried out with various weaponry or use harmful chemicals, biological substances, or cybertechnology. The United States National Advisory Committee on Criminal Justice Standards and Goals places terrorist activities in six categories:

Other groups have also included categories for domestic and international terrorism.

Terrorists might act alone or in groups and may have any combination of social, religious, political, or ideological motives. Many acts of terror target individuals or groups of people, but often a larger objective of terrorism is to scare many more–whole races, nations, or members of certain religious affiliation. Mounting evidence shows terrorists typically act more to achieve solidarity with a group or organization perpetuating violent beliefs than to accomplish any social or political change.

Impact of Terrorism on Mental Health

Research shows people are more likely to experience negative mental health consequences from human-caused devastation than natural disasters. Living through a terrorist act can impact not only those who were present for the event, but also anyone in a position to observe the act, even from afar. Because terrorism is meant to instill fear in an individual or group of people, the consequences of terrorism can reach far beyond the event itself. For example, the September 11, 2001 terrorist attack in the United States altered national security protocols and procedures to such an extent that both foreign and domestic travel continue to be impacted today.

We might talk about these changes in terms of their impact on daily commutes, increased wait times at the airport, and so on, but they can affect our mental well-being in many ways. For some, going through heavier airport security will always be a reminder of the September 11 tragedy, the lives lost during it, and the attention it drew to national safety. These constant reminders can serve as a low-level trigger for grief, fear, anxiety, or other issues–each of which can have a subtle, yet significant, impact on mental health.

Terrorist acts can also contribute to lifelong concerns and phobias such as a fear of flying, aversion to particular public spaces, increased uneasiness around firearms, and/or the constant fear of further terrorist events. Today, news travels quickly, through many different channels. Coverage of terrorism may include graphic imagery and video footage, which can leave scars around the world–not just on those immediately affected. Further, large groups of people may feel targeted by a terrorist event that had racial, religious, or political motivations.

It may be difficult to work through feelings of fear and symptoms of posttraumatic stress after surviving an act of terror. Even those who are somewhat removed from the act may still be significantly affected. Trained and empathic therapists can offer help and support to those affected and their families.

While some people are diagnosed with or treated for mental health concerns that do tend to be characterized by a propensity for violence or harming others, these issues cannot be linked with terrorism across the board. Studies show that a psychiatric diagnoses does not necessarily predict that someone will commit a crime.

Ultimately, using words like “disturbed,” “insane,” or “psychotic” to describe terrorists can do a disservice to people living with mental health conditions while also further stigmatizing a population already looked upon with disdain by many.

People who do experience violent thoughts or the desire to harm others—whether they have been diagnosed with a mental health issue or not—may find seeing a psychotherapist to be of benefit. Having such thoughts does not always mean a person has a mental health concern, but a skilled and compassionate therapist can help someone identify the sources of those thought patterns and develop a plan to relieve and combat potentially stressful or harmful plans or imagery.