An Open Letter to Violence: You Don’t Stand a Chance 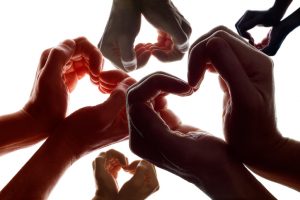 It has taken me some time to build enough strength to address you. I have been ignoring your persistent presence and influence on myself and society for many years now, but I can’t continue to do this. The recent tragedies in Las Vegas, Orlando, Dallas, and elsewhere are perfect examples of how influential you have become. You have infiltrated and taken control of our society over the past few decades and now we are here: numerous innocent lives lost and hearts broken. Unfortunately, you have also left us with hatred, prejudice, and a lack of compassion. You have created confusion and division.

You have not taken us by surprise, by any means; we saw this coming. You have become an enemy we, as a society, have been trying to fight while completely missing the mark. We should have been working together to reclaim control of our human experience and learning to relate to one another, instead of unsuccessfully trying to get rid of you. The reality is you aren’t going anywhere. At the same time, there is no need for you to be as destructive as you’ve been in recent years, and that is exactly what we need to be addressing. It is our fault we haven’t. Because of our lack of action and awareness, you have continued to gain power. You have been sneaky in how you’ve done it, too.

With this letter, I hope to expose you and your ways in hopes of reducing or preventing further pain you may be planning to inflict.

You have been using our children and adolescents as tools to manipulate. You have teamed up with bullying, bigotry, power, and ignorance, as well as feelings of worthlessness, loneliness, and anger, among others, in order to reach our younger and perhaps some of our most vulnerable members of society. You have used the media as a weapon, too—how very wily of you. Relatively recently you familiarized yourself with Facebook and Twitter, which you have been sophisticatedly using to exert power and influence. You have made young people believe they aren’t good enough. You have left them feeling helpless, confused, upset, and directionless. You have introduced them to unhealthy coping strategies. You often patiently wait for them to give up, and then you offer your “aid.”

You give people a false sense of security and safety. The more you do this, the more notoriety you gain. Well, I’m on to you. I know what you’re up to. Although you’ve been around forever, you asserted yourself in an unprecedented way in 1999, when two high school boys committed one of the most horrific massacres in U.S. history. Does Columbine ring a bell? Something about this act fueled your need to be more present and prevalent in our society. I say this because since then, mass shootings at schools and colleges have sharply increased.

More recently, you have expanded your reign of terror to concert venues, churches, neighborhoods, shopping centers, peaceful demonstrations, and other public spaces. Today, we mourn the events in Las Vegas, the deadliest mass shooting in U.S. history. In 2016, we mourned the events at a gay nightclub in Orlando, the loss of police officers ambushed in the streets of Dallas, and the loss of two black men earlier that week in incidents involving entirely different police officers far, far away. So many innocent lives were abruptly ripped away from us. You keep coming back, alternately picking homophobia, fear, anger, and intolerance to tag along.

You give people a false sense of security and safety. The more you do this, the more notoriety you gain. Well, I’m on to you. I know what you’re up to.

I have personally let you in at various points in my life. As I think back to these times, I remember feeling despair and hopelessness. I wonder if these are the emotions you utilized to convince me that I needed you to work out my inner conflicts. You infiltrated many areas of my life—school, relationships, my perceptions, and my overall human experience. You could have seriously ruined my life had I not noticed how influential you had become. I learned about your insidious tactics. You succeeded at disconnecting me from my thoughts, my identity, and my personal values. You tricked me into believing I needed you to resolve my challenges. I remember losing my temper on an almost daily basis. I remember raising my voice at people I loved and cared about. I remember avoiding my pain and fears by displaying anger and enmity.

Thankfully, your hold on my life eventually came to an end.

I am appreciative that, more often than not, you don’t cause massive destruction in most people’s lives. As you did with me, you make many people think you’re an appropriate response to unpleasant emotions. Nonetheless, you have a special talent for influencing a small minority of people in such powerful ways to have led them to commit unspeakable and heinous acts against humanity.

Every time violence makes an appearance, resist the inclination to feel anger and to fight it with more violence. Ignore violence’s attempts to destroy and divide us, and instead focus on what you and your allies can do together.

Since Orlando, I have been trying to think of ways we can get the word out about you and undermine your future plans. It recently dawned on me that in the same way you often team up with helplessness, sadness, anger, and others, we, the people affected by you, could perhaps identify allies to team up with. Perhaps together with these allies, we can stop you from continuing to gain power and influence.

After the shooting in Orlando, I learned about heroes. I read about several party-goers risking their lives (or giving their lives) to save others. After the ambush in Dallas, I read about police and other brave individuals putting themselves in harm’s way to try to rescue and protect downed officers and exposed civilians. I learned about people from all over the world participating in a variety of demonstrations of love and support. I learned about people who stood in long lines to donate blood and help those injured. These acts spoke to me about kindness, compassion, connection, and empathy. If we can harness allies like these, you don’t stand a chance.

Because this is an open letter, you must know many people are reading this. I understand how much you like being the center of attention, but let me speak to them for a moment. Readers, go ahead: create an alliance with compassion, kindness, connection, empathy, or anything else you think may help, and every time violence tries to do its thing, call upon them to combat its effects. Some ways you can do this are to engage in any act of kindness toward someone you may not know so well, or perhaps listening to someone else’s story without judgment or offering advice, or being vulnerable and asking someone to assist you with a project that’s important to you. Every time violence makes an appearance, resist the inclination to feel anger and to fight it with more violence. Ignore violence’s attempts to destroy and divide us, and instead focus on what you and your allies can do together.

As for you, violence, you’d better hope this letter doesn’t go anywhere. If enough people read it, share it, and take action, it’s quite possible your influence will be weakened, even if only a little. Diminishing your impact on us to any extent would be a major victory. The more we continue to call on our allies and reconnect with what is truly important in this world, the more we will win—and there won’t be a thing you can do about that.