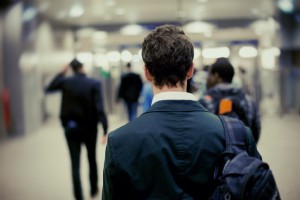 Though it’s tempting to separate emotions from health, the two are inextricably linked. People with severe mental health issues die, on average, 25 years earlier than people without mental health challenges. Emotions such as chronic anxiety have been linked to heart disease, gastrointestinal problems, and respiratory difficulties. A new study by researchers at Hebrew University of Jerusalem confirms the negative health effects of anxiety, linking fears of terrorism to a shortened lifespan.

How Do Terrorism Fears Affect Health?

For more than 60 years, the state of Israel and its borders have been a source of dispute between Israelis and neighboring Palestinians, particularly in the occupied territories of the Gaza Strip and West Bank. Terrorism is relatively common in the area, with more than 1,000 Israelis and nearly 7,000 Palestinians dying in the conflict since 2000.

To evaluate how ongoing fears of terrorism might affect health, researchers recruited 17,300 Israelis to complete questionnaires about their emotional, physical, and occupational well-being. Participants also answered questions about their fear of terrorism. The research team then evaluated the participants’ medical data and took blood samples to assess neurotransmitter levels.

The team also found that significant fears of terrorism inhibit the behavior of the neurotransmitter acetylcholine. Acetylcholine reduces stress-related inflammatory processes. Consequently, those with depressed levels of acetylcholine are more vulnerable to inflammation. This, coupled with a higher resting heart rate, increases vulnerability to heart attack.

While the study did not evaluate why some people react more strongly to terrorist threats than others, the researchers do believe their results could help improve health outcomes. They suggest that doctors might be able to identify people who were at risk, enabling them to offer early interventions such as anti-inflammatory drugs.