Sexism is prejudice or discrimination based on a person’s sex. Anything from demeaning comments and gestures to denying access to equal opportunities based on sex may be considered sexist, as well as treating someone as less competent because of his or her sex, whether in the workplace or classroom, on the streets, or at home. Typically, sexist remarks, behavior, and perspectives are thought of as being targeted at women, who are largely afforded less privilege than men. 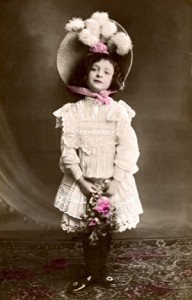 Gender roles are cultural constructs that dictate how each gender ought to behave. For example, though somewhat less common today, girls are expected to play with dolls and boys with trucks. Because culture is the culprit, gender roles may shift over time in the same way cultural norms do. For example, according to a 1996 study, only one in five Americans in 1938 accepted the idea of a married woman with a job, compared to four out five Americans in 1996.

Gender stereotypes on the other hand, have less to do with how one ought to behave and more to do with beliefs about how men and women do behave. Many studies show that gender stereotypes are pervasive and both men and women are guilty of them. A 1981 survey study by researchers Mary Jackman and Mary Senter discovered that the majority of both male and female survey respondents believed women to be more emotional than men. Nearly 75% of all participants stereotyped men and women in the same way, regardless of their own gender.

Objectification as a Form of Sexism

Sexual objectification is sometimes considered a form of sexism, as it reduces a person to a source of sexual appeal and gratification and disregards their intellect, emotions, and character traits. Some would argue that pornography and prostitution promote sexism and reinforce gender stereotypes as they depict people as mere sexual objects.

Unfortunately, sexism can arise in many different life situations. In some cases, sexism can occur during therapy.
Awareness of sexism in psychotherapy practices emerged in the 1970s, sparked primarily by a well-known study conducted by the Brovermans et al. (Broverman, Broverman, Clarkson, Rosenkrantz, and Vogel, 1970). The study examined biases shared among therapists that men were more psychologically healthy than women. While it is true that women have consistently been more likely to seek out psychotherapy than men, this does not necessarily mean they are somehow more apt to be mentally and emotionally flawed. And yet, this glaringly sexist perspective is still held by some to this day.

Others simply acknowledge that based on presumed gender roles such as the strong, emotionally-resilient man and the soft, sensitive female, many men feel embarrassed to seek therapeutic assistance (Winerman, 2005). Therefore, women must contend with the sexist notion that their desire for therapeutic support reinforces the idea that they are, in fact, the weaker sex; and men must grapple with the societal stigma that to ask for help in any form is a shame-inducing sign of weakness.

Historically, women are the ones who have endured the bulk of sex-based stigmatizing in psychotherapy. One of the earliest arguments made by feminists, especially when debate first sparked in the 1970s, is that traditional therapy practices treated women unfairly by objectifying and sexualizing them as well as imposing feelings of guilt and shame on them for not meeting society’s heavily stereotyped expectations and allowances for what a woman is capable of being and achieving (Mowbray, 1995). For example, if a married woman was experiencing distress due to her desire to have more personal freedom and independence, her therapist—almost certainly a male in the early days of psychotherapy—would be likely to gear counseling sessions toward encouraging her to view her freedom-seeking urges as flawed and instead recommend she focus on accepting and embracing her subordinate wifely duties. As a result, many women who sought therapy due to personal unhappiness were made to feel even worse about themselves and their longings.

To reduce sexism in therapy, organizations such as the American Psychological Association, the National Coalition for Women’s Mental Health, the National Organization for Women, and others established “nonsexist therapy” guidelines in the 1970s and 1980s (Mowbray, 1995). In the years since, others have followed suit, and most people now recognize and refrain from engaging in more obvious forms of sexism in treatment; however, in spite of increased regulations and awareness, sexism may still appear in therapy.

History of Sexism in America: The Fight for Equal Rights

Throughout American history, the prevalence of sexism was most evident in the ways early American society enforced the roles and rights of women. Women were thought incapable of holding positions of power and belief in their inferiority permeated both government and society. Throughout the decades, many people spoke out against the oppression and fought for equal rights. 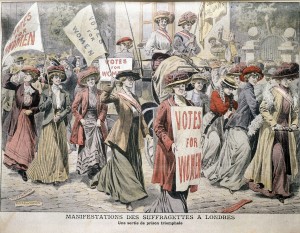 Though the fight for equality has made great strides in abolishing many negative effects of sexism, pay gaps, health care problems, and persistent underrepresentation in government are among many issues still perpetuated by sexism.

Sexism in the Workplace

Occupational sexism is discrimination that involves treating someone less favorably than another based solely on his or her sex, or on his or her sexual orientation, in the workplace. This may involve overtly sexist words and behaviors, or it may also refer to the experience of being qualified for a job but not getting it based on gender.

To describe the unseen barriers that women, in particular, tend to run into as they climb the so-called corporate ladder, the term “glass ceiling” is often used. Since its first documented usage in a 1986 article in the Wall Street Journal, the concept has grown into The Federal Glass Ceiling Commission, established as part of the Civil Rights Act of 1991. The commission focuses its work on better understanding and ultimately removing the barriers, policies, and perceptions that hinder career advancement for women and minority groups.

As the U.S. Equal Employment Opportunity Commission (EEOC) states on their website, “The law forbids [sex-based] discrimination when it comes to any aspect of employment, including hiring, firing, pay, job assignments, promotions, layoff, training, fringe benefits, and any other term or condition of employment.”

There are a number of specific laws currently in place to protect the rights of those who fall prey to instances of occupational sexism. The following are gender-based laws enforced by the EEOC:

These laws also protect anyone who decides to report a violation. If a person feels he or she has been discriminated against in the workplace based on sex or gender identity, the EEOC requires that a “charge of discrimination” be filed within 180 calendar days from when the incident took place. Employees and job applicants of federal organizations, however, must file within 45 days. The filing of the charge must be done at the EEOC office nearest to where the act of discrimination took place. The EEOC also offers an online assessment tool at www.eeoc.gov to determine whether an experience qualifies as sex-based determination.

Gender-specific risk factors for anxiety and depression overrepresented among women include gender-based violence, socioeconomic barriers, income inequality, lower social status, and a perpetual role as caretaker. Additionally, thanks to gender bias among many health care professionals, women are far more likely than men to go home with a diagnosis of depression even when similar assessment scores are present.

Although these problems exist, there are ways to prevent the impact of sexism on mental health. According to the World Health Organization, there are three factors that can shield a person from mental health problems. These include:

Example of a Sexist Stereotype: The Female Driver

A common example of sexism in popular culture is the stereotype that women drivers are more dangerous than male drivers. This view has been around for years, depicted in everything from magazine ads to YouTube videos, and it appears to be shared cross-culturally.

For example, in late 2013, Beijing police officers were cited as making critical, condescending comments toward female drivers. According to the report, suggestions were posted on the police department’s official microblog, saying things like, “Some women drivers lack a sense of direction, and while driving a car, they often hesitate and are indecisive about which road they should take. . . . [W]hen they’re driving by themselves, they’re not able to find the way to their destination, even if they’ve been there many times.” There was a backlash from Chinese Internet users, who also posted on the police department’s microblog, expressing the widely shared sentiment that the officers’ comments were sexually discriminatory (Agence France Presse, 2013).

Negative stereotypes and sexism affect communities in profound ways. Both have a detrimental effect on the economy, progression, and mental health within workplaces, schools, and other institutions. Fortunately, we can all foster positive change within our social circles and help tear down some of the barriers sexism and stereotypes create for individuals. Here are three simple ways to combat sexism and negative stereotypes where you live, work, and play: