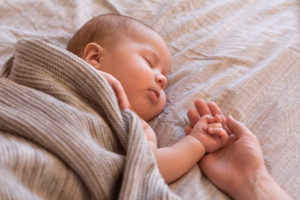 Like gender identity, physical sex characteristics do not always fit neatly into a male-female binary. One individual may have ambiguous genitalia (a small penis, fused labia, etc.). Another might possess organs that do not “match” their sex chromosomes (such as a person who has a vagina and labia but also has “male” XY chromosomes). These people are often categorized as intersex.

The term “intersex” can be used to describe both the conditions that cause sex differences and the people who have these conditions. Some individuals prefer to use the term “differences in sexual development”, or “DSDs” to avoid stigma. However, much of this population still describes themselves as “intersex people,” so this page will use both terms interchangeably.

WHAT INTERSEX IS AND ISN’T

Intersex conditions are physical diagnoses, not psychiatric ones. According to a 2017 report by three former U.S. surgeons general, there is little evidence to suggest that growing up with atypical sex characteristics causes psychosocial distress. When intersex people do feel anxiety or shame, it is almost always a reaction to discrimination or stigma, not the diagnosis itself.

It is important to remember that a person’s genitals do not determine their gender. Biological sex is distinct from a person’s social identity. Just because a person has ambiguous genitalia does not mean they see themselves as androgynous. Most intersex individuals feel comfortable with the binary gender they are assigned at birth (typically the one that most closely matches their chromosomes).

Some intersex people may feel more aligned with another gender and seek to transition as they age. However, the same is true for people without DSDs. If an intersex person undergoes a gender transition later in life, that does not necessarily mean parents or doctors “chose the wrong gender”. It is impossible to predict any child’s gender identity with 100% accuracy. The most parents can do is accept their children for who they are, even if that identity turns out different from their initial prediction.

WHAT CAUSES DIFFERENCES IN SEXUAL DEVELOPMENT?

Even when a child has typical pair of XX or XY chromosomes, mutations within the chromosomes themselves can affect sex development. For instance, a child may be missing a certain gene that determines the size of their penis. Sometimes these mutations are inherited. Other times they happen suddenly and by chance.

In some cases, the mutation only affects sex development indirectly by altering how hormones are produced in the body. This mutation may be observed at birth, or it may not become apparent until puberty. For instance, children with congenital adrenal hyperplasia (CAH) have bodies that make too many androgens. While their bodies may be conventionally female-looking in childhood, puberty can cause them to develop masculine features such as facial hair.

On rare occasions, DSDs may occur after a child is exposed to hormones or chemicals in the womb. If a mother has tumors on her ovaries during pregnancy, the resulting hormone imbalance can influence a child’s development. Some agricultural pesticides have also been implicated in DSDs.

There are over 40 conditions which can lead to DSDs. They are often divided into four categories depending on a child’s chromosome structure. (FYI, usually intersex literature classifies body parts as “male” or “female” with cisgender individuals in mind.)

Typically, babies with XX chromosomes are assigned female. An XX intersex child will often have ovaries, fallopian tubes, and a uterus. But they could also develop fused labia and an enlarged clitoris, giving the external genitals a masculine appearance.

Babies with XY chromosomes are usually assigned male. An XY intersex condition will cause the external genitals to grow incompletely or ambiguously. In some cases, the genitals will appear female but change to external male genitalia around puberty.

When an infant is born with a DSD, doctors often ask parents if they want to give the child genital surgery. In many cases, these surgeries are purely cosmetic and have no medical purpose. Medical staff may pressure the parents to pay for surgery right away, claiming that the child will suffer emotionally if the parents wait. Yet research suggests these surgeries tend to cause distress rather than prevent it.

Many human rights groups strongly discourage these surgeries, as they dramatically alter a person’s body without their informed consent. Genital surgeries can have long-lasting consequences, including:

Many intersex individuals have reported significant distress around their surgeries. Some have even said they felt “mutilated”.

Most intersex advocates encourage parents to put off genital surgery until the child is old enough to consent. Many children become interested in their medical options between the ages of six and eleven. Some children may opt to take hormone therapy instead of surgery, depending on their condition.

Some children may have little desire for changing their DSD. Legally speaking, a child can be raised as either sex without needing physical alteration. Surgery is not necessary for intersex people to live happy lives or find romantic partners.

Most parents find it hard to talk to their kids about sex. This challenge is especially common among parents of intersex kids. Some parents may wonder if they should tell their kids about their condition at all.

Being honest with one’s children is almost always the recommended strategy. Most intersex children find out about their DSD eventually, whether from overheard conversations, checkups with the doctor, or examining their own bodies. If a child learns that adults have been hiding their condition, they may lose trust in doctors or assume their parents are ashamed of them.

To avoid misunderstandings, parents should be open with children about their DSD. They do not have to explain everything at once—parents will typically want to follow their child’s lead and answer questions as they come up. Explanations will naturally get more in depth as the child grows older.

Parents are not obligated to tell anyone about their child’s diagnosis. However, they may wish to tell close friends and family about the DSD. This can prevent much confusion, especially if these people will be changing the child’s diapers. Being open about the child’s intersex status can help make the condition seem less frightening.

If parents do not have a pre-existing social network, there are many support groups for intersex kids and their families. A support group can make parents feel less isolated and anxious. Peers can also offer a treasure trove of specialized parenting advice, which could be invaluable if there is not much research into a child’s condition.

It is highly recommended that parents of intersex kids also seek out counseling. A licensed therapist can help parents understand and manage their feelings about their child’s DSD. Therapy is a private place to get support without stigma.