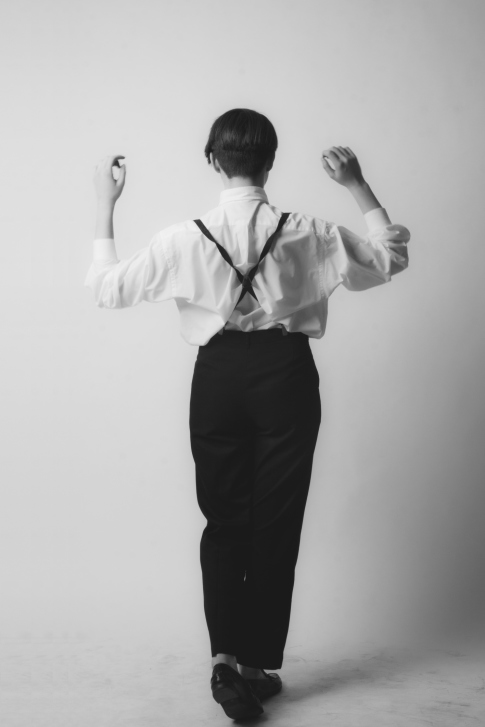 The term androgyny has been in existence for some time, although its meaning has changed since it first came into use. The word stems from the Greek word androgynos, which refers to hermaphroditism—having both male and female reproductive organs. Androgyny was one of the earliest words people used to describe gender identities outside of the male-female binary.

In years past, inadequate knowledge and resources among the binary majority contributed to this general lack of acceptance of those presenting and/or identifying as androgynous. Activist and support groups formed around the world in response to discrimination. In the late 1980s and early 1990s, gender restrictions were explored in a number of publications, including Sandy Stone’s The Empire Strikes Back: A Posttransexual Manifesto (1987) and Judith Butler’s Gender Trouble (1990). Leslie Feinberg, Kate Bornstein, Riki Anne Wilchins, and other activists and authors popularized the term genderqueer in the 1990s. This terminology helped expand society’s limited concept of gender, and genderqueer became an identifier for many non-binary people.

In 2001, establishment of organizations such as the GenderQueer Revolution (GQR) and the United Genders of the Universe contributed needed advocacy and exposure for non-binary people.  Since the early 2000s, the non-binary aspects of the gender spectrum have gradually made their way into mainstream society. When it comes to promoting awareness and fighting discrimination, non-binary people and their allies have achieved a great deal. However, continued education, advocacy, and acceptance are still needed for people of all gender identities and expressions.

How Do Androgynous, Non-binary, and Genderqueer Identities Differ?

The complexities of gender are becoming more widely recognized and understood as a reality of human existence. A male-female binary is typically reflected in the majority of societies, but gender can be expressed in many ways beyond traditionally male or female characteristics. Acceptance of the existence and validity of gender identities outside the male-female gender binary may not yet be widespread, but this is changing as more people become aware of the complexities of gender.

A key factor in the understanding of gender is the distinction between gender identity and expression. These may line up, and they may not. Although androgyny can relate to gender identity—some people describe themselves as androgynous or identify as an androgyne—androgyny is also related to physical appearance. Androgynous expression often consists of some combination of masculine and feminine traits or characteristics, but an androgynous appearance, which may include hairstyle, clothing choices, makeup, communication style, gender role, and so on, does not necessarily indicate gender identity. Further, a genderqueer or non-binary individual will not always appear androgynous.

A person who is non-binary or genderqueer may present an androgynous appearance or make style choices that do not reflect gender at all. At other times, their style may reflect a certain gender. While a person’s choices may challenge gender norms, this challenge of gender is not typically the reason behind the person’s self-expression.

Some people may feel a need or desire to know the gender of a person they see or interact with, especially if the person has an androgynous appearance or their gender is otherwise not easily discernible. Some people may readily share their gender and pronouns when asked respectfully, but others may not wish to do so, fearing stigma and discrimination, or for other reasons.

Questioning a person about gender, appearance, or sexuality in public may trigger mental distress and can also lead to persecution or physical harm in some cases. Thus, it is generally best to wait until a person discloses this information. It can be helpful to remember it is generally not necessary to know a person’s gender in order to interact with that person. Avoiding assumptions about a person’s gender and sexuality based on appearance can also prevent awkwardness and can facilitate greater understanding and acceptance.

Over the past several decades, androgyny has become more prevalent in pop culture. An androgynous look can be seen among entertainers and in fashion, challenging stereotypes and addressing limitations of gender roles. In the ’70s and ’80s, performers such as David Bowie, Michael Jackson, Prince, and Annie Lennox all challenged gender norms by integrating looks that blended masculine and feminine qualities. The fashion industry played with gender fluidity by pushing the boundaries of traditional male and female attire throughout the ’90s.

More recently, androgynous expression has come to be associated with positive attributes like sex appeal, creativity, allure, and innovation. Though some argue the representation of androgyny in pop culture can often proliferate stereotypical gender roles, movements in fashion and entertainment have contributed to the increased acceptance of non-binary gender expression in modern society.

Psychological androgyny, which is often represented through physical androgyny, has been associated positively with self-esteem, life satisfaction, relationship satisfaction, competence, behavioral and cognitive flexibility, and an overall sense of well-being, as well as creativity.