GoodTherapy.org Adopts ‘They’ as Singular Pronoun 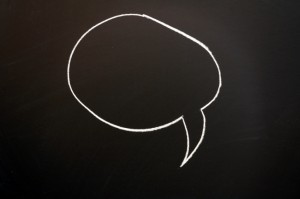 In recognition of genders existing outside the male-female binary, GoodTherapy.org will now use the general singular “they” in publications throughout our site. “They” and “theirs” will replace “she or he” and “his or hers” in those places where a singular pronoun is appropriate for use and the gender of the person in question is not specified. This usage supports the move away from a male-female gender binary in welcome acceptance of those who do not identify as male or female or with any particular gender.

In the past, singular “they” has been used by GoodTherapy.org writers and editors in specific reference to agender, genderqueer, and other non-binary individuals, in reflection of the American Psychological Association’s guidelines for language free of bias. However, GoodTherapy.org recognizes that the use of gendered pronouns elsewhere on the site excludes those individuals who do not identify as either male or female.

The English language currently lacks a gender-neutral pronoun, and the main—perhaps the only—argument against singular “they” is its ungrammatical nature. Grammar guides typically advise writing around it, though its usage dates back over 600 years (Authors such as William Shakespeare, Geoffrey Chaucer, and Jane Austen used the pronoun widely).

However, earlier this month the American Dialect Society chose singular “they” as Word of the Year. This choice reflects the importance of placing a person’s identity over grammatical convention. Thus, in the spirit of our mission and vision—putting people first as they search for mental health information and treatment—we at GoodTherapy.org have chosen to follow the lead of publications such as the New York Times and the Washington Post and use singular “they” as an all-inclusive pronoun throughout our site.