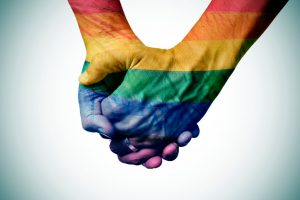 Coming out refers to the process of disclosing one’s identity as a member of the LGBTQIA community. The experience of coming out, which is unique for each individual, may involve various stages. Due to prejudice and stigma often faced by LGBTQ+ individuals, the process of coming out may be difficult and fraught with challenges for many.

What Does It Mean to Come Out?

The process of coming out (in terms of sexual orientation or gender identity) starts with the self, when an individual recognizes themselves to be non-heterosexual, transgender, nonbinary, or have some sexual orientation or gender identity other than straight and cisgender. For some people, this awareness may occur early in life, but some may not realize until later in life. Following this realization, an individual may decide to come out to others, such as friends, family members, and peers or coworkers, by informing them of their identity. Coming out can involve having a direct discussion about one’s LGBTQ+ identity, but it may be as simple as beginning to live one’s life openly for others to see.

Coming out typically represents more of a lifelong process than a single act, and individuals may decide to come out to some people but not to others. The decision about who to come out to may depend on a variety of factors, such as an individual’s comfort level with their identity, their beliefs about how accepting others will be, and the type of relationship they have with the other party, among others. For example, an individual living in a conservative environment may not feel as comfortable being open with their identity as a person living in a liberal area that has an active LGBTQ community.

There is no one right way to come out. Some people may decide to disclose their identity to only a few trusted loved ones while others may decide to be more transparent about it to a wider audience. Every person has the right to make their own decisions about whether or not to come out and when and how to do it.

Problematic Assumptions Behind Coming Out

The fact that people even need to come out shows we live in a heteronormative society, in which heterosexuality and a strict gender binary are assumed. In general, people are usually thought to be heterosexual and cisgender unless they specifically state otherwise. The problem with this assumption is, although some individuals who operate under a heteronormative belief system may truly be accepting of all individuals and identities, many people who are LGBTQ+ are still often seen as “different” or “less than” in some way. Individuals may often feel as if they are in a position where they are expected to correct erroneous assumptions about their identities or even explain themselves to others, regardless of their personal feelings about doing so. Further, the assumptions of a heteronormative society have contributed significantly to stigmatization of other gender identities and sexual orientations, discrimination, hate violence, bullying, and other serious issues.

Impact of Coming Out

For some people, coming out can be a difficult process. This is especially true if an individual struggles with their own LGBTQ identity or if those close to them are not accepting of it. In such cases, coming out can mean losing the support of friends, family members, or both, leading people to feel isolated and alone. In some situations, coming out can even be dangerous. In countries where homosexuality is a crime, for example, being open about one’s LGBTQ identity can have serious negative consequences, including imprisonment, bodily harm, and death. Even in the United States, people who openly identify as lesbian, gay, bisexual, or transgender may face discrimination, bullying, and other types of harassment. Trans women in particular face extremely high rates of violence.

While coming out can be challenging, it can also often be beneficial. Coming out has been associated with both physical and psychological benefits. One study found individuals who were out had lower levels of stress and depression than those who were not. Additionally, coming out has also been associated with a more positive self-image and higher self-esteem. For many people, coming out feels liberating, as it allows them to live their lives openly and proudly. No longer living in fear of being found out by others, dealing with the stress of keeping secrets, or even leading what feels like a double life can have a significant positive impact on well-being. Sharing one’s identity openly can also make it easier to connect with other members of the LGBTQ+ community, which can help individuals develop a more extensive support network and community.

Coming out can also have a larger societal impact. As more people openly share their LGBTQ+ identity, the acceptance and understanding of the community has grown. Representations of LGBTQ+ people in popular culture, in television shows such as Modern Family, for example, have influenced attitudes about marriage equality and helped people to challenge some negative stereotypes about LGBTQ+ individuals. Additionally, research has shown that having a friend or family member who identifies as LGBTQ+ leads to more positive attitudes about homosexuality among heterosexual people.

For many people, coming out feels liberating, as it allows them to live their lives openly and proudly. No longer living in fear of being found out by others, dealing with the stress of keeping secrets, or even leading what feels like a double life can have a significant positive impact on well-being.

Not everybody comes out, and there are a number of reasons why an individual may choose not to disclose their identity. They may fear losing the financial support of their family or being rejected by loved ones. They may face losing a job or other important resources or fear they will be rejected from a religious or cultural group important to them. Coming out is always an individual decision, and it should not be seen as a mandate or a necessary step in living an authentic life.

Seeking Help When Coming Out

Because coming out can pose any number of challenges, support is generally considered an essential part of the process. Support can come in many forms: from a family member or friend, a teacher, an LGBTQ+ advocate or community center, or from a helpline. When an individual is struggling with the process of coming out or with negative reactions from loved ones, therapy may also be helpful. A qualified therapist can provide a safe, supportive, and affirming space in which an individual can explore their identity and the potential impact, positive or negative, of coming out.

In some cases, one partner in a romantic relationship may choose not to come out, and this can have a negative impact on the other partner or even on the relationship in general. While no one should feel obligated or pressured to come out, a couples counselor can often help partners work through these difficulties and better understand the other partner’s feelings and personal struggle.

There are many ways to support a person who is coming out. Spending time with the person, listening to their narrative without asking intrusive questions, including their partner in activities, and being sensitive to their experience are all ideal ways of showing compassionate support. Because those who come out often fear rejection, it is important to emphasize acceptance and care for the person and of their identity, not in spite of it. Above all, loved ones who want to support somebody who is coming out can do so by listening, expressing love and support, and respecting confidentiality.