LGBTQIA Disclosure: What Coming Out Means for Personal Freedom 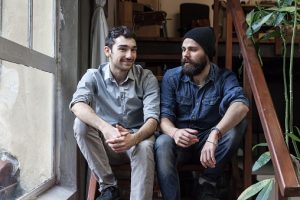 As an openly gay therapist who is very transparent with my life experiences, I find it interesting to learn how people determine boundaries regarding how much of themselves they will share. This decision and the reasons behind it is often a subject of exploration in the therapy room, especially with LGBTQ+ individuals.

I first became curious about disclosure when, through my work with members of the HIV/AIDS community, I witnessed the personal journeys taken by many individuals as they chose whether to share their status. When it comes to disclosure, people tend to have their own comfort levels, and this level is often based on self-esteem and self-image. Most of the people I worked with based their ability to disclose on how they viewed themselves in the world and whether they were influenced by the story of shame.

This story of shame is one of the key pieces keeping people from feeling free to disclose certain pieces of information about themselves, whether this information is their HIV status, sexual orientation, or gender identity. This story of shame can be formed by our own feelings of being “less than” and believing there has to be an apology attached to who we are and our LGBTQ+ identity.

As LGBTQ+ individuals, we are part of a societal minority, and it can be challenging to see ourselves as part of the fabric of the dominant hetero-centric social construct. Even with the major leaps in exposure for non-heterosexual and non-cisgender people in film, television, and other forms of media, most of the images people are exposed to celebrate heteronormativity, or the normalcy of heterosexuality. This reality can often leave those who do not fit the narrative feeling marginalized and outcast.

Marginalization can become a foundation for shame and internalized homophobia. Some individuals who do not align with the dominant social story may develop feelings of self-hatred, and feelings of shame often increase when an individual is ostracized from family members, the community, religion, or friends.

Lessening the importance of what other people think about us is an essential step in the process of moving away from shame and toward acceptance.

Shame is also based on the idea that in feeling less than, we are giving another person or group of people a position of power over us. Waiting for other people to approve of your life story is a powerless place to live from and can leave you with a diminished sense of personal identity.

Lessening the importance of what other people think about us is an essential step in the process of moving away from shame and toward acceptance. Everyone develops their own perceptions regarding the people they meet. These perceptions may be based on familial and cultural influences, and though they may alter, they cannot be controlled by others. By realizing this, you can learn to lessen the power these opinions and prejudices may have over your personal sense of well-being. Realizing other people’s reactions cannot be controlled may help quiet feelings of shame and have a positive impact on the process of learning to express yourself freely and openly.

This process can take time and will likely be influenced by experiences occurring as this new skill is developed. It may become extremely difficult to risk sharing when disclosure is met with rejection and cruelty. If, on the other hand, disclosure is accompanied by positive experiences, sharing is likely to become a more natural and easily accessible skill.

The challenge lies in continuing to practice disclosure, no matter the reaction received. Some people are not able to disclose, and some may not wish to, but for some, learning how to disclose is an important process. Disclosure can create a more open and accessible sense of self in relation to your LGBTQ+ identity, which can spill over into all aspects of life. If you are comfortable with sharing your story, it may be easier to interview for a job, ask for a raise, invite someone out on a date, or become closer to friends and family.