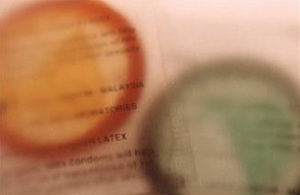 According to a recent article, people in open marriages may practice safer sex than those who have extramarital affairs. In open marriages, partners agree that they do not have to remain monogamous. This could mean inviting others into the relationship or looking outside the relationship for sexual gratification with one or more people. In a recent study, researchers found that individuals in open relationships were much more likely to use condoms when they engaged in nonpartner sex than individuals who cheated on monogamous partners. In fact, those who cheated were roughly 30% less likely to have protected sex when they engaged in extramarital relations. When they were under the influence of alcohol or drugs, they were over 60% less likely to practice safe sex.

“Our research suggests that people who are unfaithful to their monogamous romantic partners pose a greater risk for (sexually transmitted infections) than those who actively negotiate nonmonogamy in their relationship,” said Dr. Terri D. Conley of the University of Michigan’s Department of Psychology, who led the study. It could be that the impulsive nature of affairs contributes to the risky behavior. Having an illicit relationship in and of itself poses a risk to the monogamous relationship, so the fact people who have affairs are more reckless with their health is not surprising.

If neither partner has an STI, then the risk of disease is not affected by condom use, provided the partners are faithful to one another. Partners who are in open relationships may have a lower chance of contracting an STI when they go outside of their relationships, but Conley warns that these types of unions often have other problems. Open marriages can offer freedom and diversity, but they can also lead to conflicted emotional feelings and jealousy. Ultimately, every type of intimate relationship has its risks and rewards, and it is up to each individual to decide which one is the right choice for him or her.