New Research Shows How Brain ‘Wakes Up’ From Anesthesia 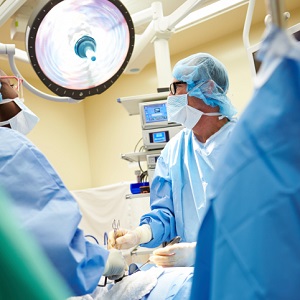 If you’ve ever had surgery that required anesthesia, you know the process of waking up can be a jarring one. Anesthesia induces a deep state of unconsciousness in a matter of seconds, but it can take several hours to return to normal after waking. Many people experience confusion, sleepiness, and even delirium-induced hallucinations as they awaken from surgery, but research on this waking process is limited. New research points to a complicated, meandering process through which the brain wakes up from anesthesia.

The state induced by anesthesia looks a lot like a deep sleep, but it’s actually quite different. Doctors rely on a variety of chemicals to induce unconsciousness, and each works slightly differently in the brain. What all general anesthesia recipes have in common is that they induce unconsciousness while preserving the body’s automatic functions, such as breathing and digestion. Anesthesia also reduces sensitivity to pain, which is why people don’t typically have dreams of being in surgery or experiencing pain when they’re under the knife.

Because a wiggly patient can quickly be injured, anesthesia also limits or eliminates your ability to move. For the one to two people out of 1,000 who briefly awaken during surgery, this paralysis can be terrifying. Fortunately, people who awake during surgery don’t typically experience pain.

Doctors have traditionally theorized that, as anesthesia is eliminated from the body, the brain’s electrical activity steadily increases until the brain returns to normal. But new research at Rockefeller University has found that the process of waking up is much more complex.

Instead of finding a gradual increase in oscillating neurons, researchers found that oscillations occurred suddenly. While every rat’s brain eventually had oscillations in the same “hubs,” the process through which neurons became more active in each hub varied from rat to rat. Researchers believe this indicates that there’s not a single path through which the brain awakens from anesthesia. Because every rat’s brain ultimately used the same hubs, though, the research suggests that certain brain activity is a necessary prerequisite to consciousness.

While research on rats isn’t always applicable to humans, rats and humans respond in similar ways to anesthesia. While anesthesia is extremely safe, a small number of people who undergo surgery don’t wake up. Among people over the age of 65, the risk is higher, with one study reporting an anesthesia death rate of 1 in 10. By gaining a better understanding of how the brain wakes up from anesthesia, researchers may eventually find a way to reduce the risks of undergoing surgery.