Narcissistic Needs and Self-Esteem: Why Narcissism Isn’t All Bad 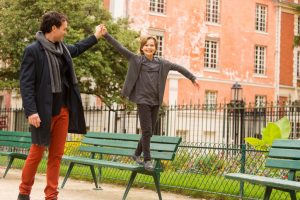 “You’re such a narcissist!”

If you’ve ever caught yourself saying that to someone you love, you know it’s never a compliment. “Narcissist” can be an all-purpose put-down that calls someone out for being egocentric and grandiose, demanding praise and adulation, and being unable to appreciate the needs or emotions of others; it’s hard to see how anyone with these qualities could ever get along in a friendship or romantic relationship. And yet, according to the American Psychiatric Association, between half a percent and 1% of the American population—which is to say, up to 3.2 million people—currently meet criteria for narcissistic personality (NPD).

Under everyday circumstances, narcissistic behavior can destroy relationships, ruin marriages, and interfere with professional advancement. But the same traits we see in people with NPD may also be present, individually and more subtly, in many people—maybe even in everyone. That’s because narcissistic qualities might well be a necessary component of human development.

Sigmund Freud himself argued, in an essay called On Narcissism, that an infant’s primal urge to survive exceeds its sense of other people’s independent existence, and therefore comprises a kind of “primary narcissism”—a limited, self-centered outlook on the world, into which other personalities have yet to intrude. From six months to about 6 years old, most children go through a stage like this, which could be seen as a way station on the road to developing an independent self. According to Freud, the pathological narcissism that sometimes develops later in life (which he referred to as “secondary narcissism”) results from a distorted exaggeration of healthy narcissism.

Regardless of whether you’re a follower of Freud or Kernberg, it’s probably not difficult to see how everyone needs to be affirmed by their significant others. It’s probably no less easy to see how acknowledging sufficient narcissistic validation in childhood is essential to developing healthy self-esteem. Unfortunately for popular understanding, this all gets lost when “narcissist” is used as a casual insult.

All these post-Freudian thinkers focused, at least in part, on the parent-child relationship as necessary to building self-esteem. Chief among the responsibilities our parents hold may be narcissistic validation or affirmation, which could be defined as the experience of having your whole self, and your feelings, treated as real and important by someone you care about. Validation is what we internalize as we grow up, so we can develop the ability to value ourselves. Like many things, narcissistic validation is beneficial—and necessary—in moderation. We need it most when we’re children; it’s our parents’ job to notice how we’re feeling (i.e., hungry, tired, or unhappy) and to respond appropriately (with food, the nap-time ritual, or just a hug). If a child is not well validated by the parents—and thus comes to believe their feelings are not important or will always be ignored by significant others—the child may learn to compensate and adapt by developing a psychological shell of brittle, exaggerated narcissism.

As we mature, the validation we seek continues to provide crucial interpersonal feedback, informing the way we make friends, fall in love, and come to know ourselves. We surround ourselves with people who value our good qualities, which can create a positive feedback loop. This feedback—this prosocial, mutually beneficial style of narcissistic behavior—comes into play when parents become their “best selves” when raising their children, or when people who crave others’ attention are able to reward that attention with cheer, kindness, or good humor, cementing friendships. Usually, the development of realistic and positive self-regard, along with an affirming self-concept strong enough to temper negative feedback, works to stabilize self-esteem in most adults. Truly mature self-esteem consists in the ability to self-validate, to regulate self-concept without depending on others’ praise, and to accept criticism without becoming defensive.

Regardless of whether you’re a follower of Freud or Kernberg, it’s probably not difficult to see how everyone needs to be affirmed by their significant others. It’s probably no less easy to see how acknowledging sufficient narcissistic validation in childhood is essential to developing healthy self-esteem. Unfortunately for popular understanding, this all gets lost when “narcissist” is used as a casual insult.

There is no question narcissistic behavior can be problematic. At the extreme end of the narcissism continuum, it can enable and perpetuate abuse. But perhaps more widespread knowledge and insight into the narcissistic needs of children and adults can help turn the label “narcissist” into something a bit more complex. We might even begin to see other people’s basic narcissistic demands as the reasonable human needs they often are.