Lance Armstrong, Doping, and Why Athletes Risk It All 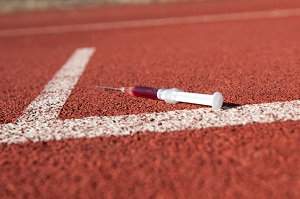 In a highly anticipated interview with Oprah Winfrey, famed cyclist Lance Armstrong has finally come clean about the allegations of doping that have haunted him for much of his unparalleled career. Armstrong, who in August 2012 was stripped of his record seven Tour de France victories and banned from competitive cycling due to mounting evidence of performance-enhancing drug use, is just one in a long line of athletes—most notably baseball players—who have either confessed to using performance enhancers or whose images have been tarnished by credible allegations of doping.

It’s no secret that many athletes will go to any length for a competitive edge, but performance-enhancing drugs carry numerous health risks, including baldness, impotence, infertility, addiction, psychiatric issues, hypertension, liver problems, and numerous other issues.

In a world where athletes who use performance-enhancing drugs always seem to get caught, often with disastrous consequences for their careers, what would compel an athlete to risk not only his or her health but livelihood as well?

Perfectionism and Pressure to Perform
Competitive sports can be cutthroat. Fans, coaches, and sponsors have high expectations for athletes, and hold in high regard records and never-been-done-before, seemingly superhuman feats. These expectations are frequently unrealistic, but can place considerable pressure on athletes. People in the upper echelons of athletics are often perfectionists to begin with; after all, it’s not easy to make it to the top. These perfectionist tendencies can make performance-enhancing drugs seem not only justified, but necessary.

Particularly when the competition uses performance-enhancing drugs, a dedicated athlete might feel like he or she has no choice. If the competition has an unfair advantage, taking drugs may seem less like cheating and more like leveling the playing field.

Peer Pressure
Particularly as more and more athletes admit to the use of performance-enhancing drugs, it can seem like sport is full of doping. Athletes may experience peer pressure from friends, teammates, and coaches, who may suggest that they can’t keep up with their competitors if they don’t use drugs. Peer pressure can also come in indirect ways. When athletes are criticized by peers, they might feel like their only hope for improvement can come in a vial or pill. Coaches, teammates, and even physicians or trainers may be complicit in doping.

Financial Issues
Not all athletes are wealthy. Particularly among Olympic athletes, financial gain often comes in the form of sponsorships, not from the sport or league. Many athletes spend years paying coaches, trainers, and gyms, and may get deep in debt covering the costs of developing into one of the best at what they do. Athletes are much more likely to get cushy sponsorship deals and contracts when they break records or win competitions. Particularly when an athlete knows or believes that other successful people in his or her field are using performance-enhancing drugs, they might seem like the most attractive or likely way to get out of debt and into financial security.

Secrecy
Although many athletes are regularly drug-tested, dopers try to stay one step ahead of the science. Many athletes have devised novel ways to avoid being caught, and in a high-stakes world, it’s easy to believe you can outsmart the testing mechanisms. Indeed, many athletes have managed to do just that for years, so the risk might seem worth it to an athlete under immense pressure.