When Children Reject, Disrespect, and Disappoint 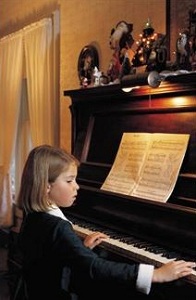 A client recently described how thrilling it was to take her daughter to see the Broadway musical Annie.  She recalled that her mother took her to see it when she was a child, and it had been an indelibly wonderful experience. Now she had the pleasure of providing the same thrill for her daughter. I thought how special it was for my client to share this with her daughter and how lucky my client was that her daughter had the same feelings about the experience. It also reminded me that so many parents who want to provide what they believe to be all the right things for their children are not always met with such good feelings.

I recalled another client whose desire to recreate his delight for his son was dashed when he took him to the rodeo and was met with the response, “This is stupid.” In spite of their most nurturing and positive intentions, parents may find that their wishes and rules for their children are met with rejection. This can create painful feelings, including insult, hurt, anger, and disappointment. “Drew,” a 42-year-old client, was in a prolonged struggle with his 8-year-old daughter about piano lessons she adamantly refused to take. He told me, “When I was a kid, I refused to continue piano lessons after a few months. My parents never insisted I continue. I’m not going to let that happen to my daughter. She isn’t old enough to know what she wants or what the consequences of her actions will be.”

As Drew and I explored his feelings, it became clear that he not only felt disappointed, he felt rejected by his daughter. “It feels like she is telling me, ‘Get out of here, you don’t know what’s good for me,’ ” he said. I responded: “I can see how upset you are about this, but I wonder what it is that makes you feel so personally rejected. Is it possible that your daughter is different from you?” Drew’s first response was, “She’s my daughter and she is like me. I just know this is very important for her to do. When I was a child, I didn’t know I was making a terrible mistake. My parents should have known and pushed me to continue.”

It took a lot of talking for Drew to become aware of his many disappointments about the ways his parents had been involved in his life when he was a child. He began to consider that he might not need to protect his daughter from this disappointment. He recognized that his daughter might, like him, regret not learning the piano, but forcing her to take lessons could easily turn her away from the piano. He realized that her experience and development was and will be different from his and she is a different person with her own thoughts and feelings. After all, she has different parents than he did. The more Drew could understand his daughter’s need to differentiate from him, the easier it was not to feel so rejected and hurt.

When parents assert their desires for their children, it is not unusual for them to be met with expressions of different or opposing wants and needs. Pushing back against what parents want is a necessary part of a child’s development. For a healthy sense of self to grow, children need to differentiate from their parents and become unique, separate, individual selves. This doesn’t mean children are totally different from or always in opposition to their parents. It does mean children need to develop minds of their own. Having one’s own mind is about being able to think about your needs and wants without being overly influenced by others. Ideally, the wishes of others are considered, but ultimately one makes his or her own life choices. Obviously, the degree of autonomy for a 4-year-old differs from that of a 13-year-old and again for a 20-year-old. When children are not given the space to differentiate from their parents and don’t develop a self that is confident and strong, they will not have developed the autonomy to make life choices and get what they want as they enter full adulthood.

At age 53, “Anne” was struggling with her teenage son, “Noah.” She came to therapy expressing feelings of anger and insult from their encounters. She explained that he fought her at every turn about anything she asked of him: cleaning his room, doing household chores, getting his college applications completed.  “I don’t believe how he treats me,” she said. “He says things like, ‘Leave me alone and mind your own business.’ Is that any way to speak to your mother? I feel so hurt and insulted. Doesn’t he know I only want what’s best for him?” In great distress, Anne added, “He has become a terrible person. He is so mean and inconsiderate. He seems like a completely different person than the son I felt loved me a year ago.”

As we talked, Anne described how when she was growing up she never went against her parents. When we explored her past and present relationships, Anne began to wonder if her early experiences being compliant are related to her difficulty asserting herself as an adult. She described how difficult it is for her to disagree with her husband and how she doesn’t always feel so good about herself. She realized that it wasn’t just with her son that she felt so badly treated. “I guess I don’t feel very powerful,” she said. “I have a lot of trouble believing that what I think and feel is OK. I always followed the rules with my parents. Maybe I didn’t develop what Noah needs to do—be someone who feels OK asserting himself when there is opposition.” Many parents with teenagers experience difficult feelings in their parent-teenager relationships. For Anne, the feelings of insult and rejection were intolerable. Even worse for her was the terrible shame she felt about her negative feelings toward her son: “I’m the terrible person. Mothers shouldn’t feel this way.”

How to handle this kind of situation with teenagers is controversial. Furthermore, how any parent hears what a child says is open to interpretation and may be related to how the parent differentiated from his or her own parents. While Anne felt insulted and hurt, another parent in these circumstances might shrug and think, “When will these awful teenage years pass?” On one end of the continuum of parental response, parents might believe that a child of any age should never be permitted to say anything that is hurtful, disrespectful, or angry to a parent. At the other end of the response continuum, parents might accept any expression their child makes without intervening. An extreme example might be if a teenager said, “You’re an awful parent, you have no business having children,” and a parent made no protest about being treated that way. On this far end of the continuum, the lack of a parental response to push against doesn’t provide the child with the feeling that there is a strong parental self to separate from. If there is no other out there to individuate from, it becomes difficult for a child to develop a sense of who he or she is and the ability to be autonomous. The child is left wondering, “Who am I?” Potentially more problematic, the child may be left with a feeling of powerlessness. He or she has not been given the experience of successfully asserting his or her developing self in the world.

There is a lot of room along this continuum for parents to develop responses that feel comfortable to them while allowing some room for their children to develop their unique selves. It helps if parents let their children know what behaviors are acceptable. For instance, telling a child, “You can’t talk to me that way” is not the same as saying, “You can’t be angry at me,” or “You are hurting my feelings.”

When children respond to parents in disappointing or unacceptable ways, it is important that parents stop and consider how they will meet that response. Each situation requires thought. Sometimes, interfering with the child’s wishes or experiences provides an opportunity for the child to push back against the parent and feel a sense of his or her developing self. At other times, supporting the child’s differentiation provides the child with a sense of confidence and recognition of his or her developing self. No matter the age of the child, parents who are curious and interested in why there is disparity or opposition are communicating their openness to more than one way of behaving and/or feeling. This openness to difference helps children develop into self-confident, autonomous adults. Moreover, parents are less likely to repeat the dynamics of their own childhoods if they consider their children’s behavior from a developmental perspective. They will be in a better position to not take things so personally and will feel less hurt, insulted, or disrespected by their children.