5 Things You May Not Know about Multiple Sclerosis 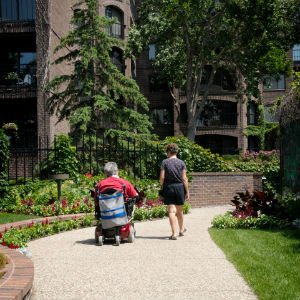 Multiple sclerosis (MS) is a progressive autoimmune disease that results in neurological impairment due to lesions on the myelin sheaths that cover nerve fibers and axons. About 400,000 people in the United States and 2.3 million worldwide have MS.

At this time, we do not know what causes MS. There are many theories, but no concrete explanation to date.

Here are some things you may not know about MS. All data presented are from the National MS Society.

Most people (85%) with MS have relapsing-remitting MS (RRMS) type. With RRMS, people may have one or more symptoms during an exacerbation/relapse, then be symptom free for weeks, months, years, or even decades. When the next exacerbation of the disease occurs, the same person may have a different symptom or set of symptoms from previous exacerbations. Exacerbations are caused by inflammation, known as active lesions.

Secondary progressive MS (SPMS) occurs in some people with RRMS. For those people, SPMS is considered the second stage of the disease. With SPMS, the remission between flare-ups is no longer present, and people with this type of MS generally have some symptoms at all times. The number of people who will progress to this stage is hard to determine because of the unpredictability of the disease.

Primary progressive MS (PPMS) is the most debilitating type of MS. About 10% of people with MS are diagnosed with PPMS initially. With PPMS, the disease progresses steadily, with no remission. The chronic nature of symptoms in those with PPMS is believed to be related to permanent nerve damage.

Progressive relapsing MS (PRMS) is diagnosed in only 5% of people with MS. With this type of MS, the disease progresses steadily, with some brief remission in the early stage.

2. MS has no cure or treatment, but the progression can be slowed for some with disease-modifying drugs.

Although there is no cure or treatment for MS, those with the relapsing-remitting, secondary progressive and progressive relapsing types often find that intervention with disease-modifying drugs prevents new lesions from forming, thus slowing disease progression and altering the course of the disease. Some drugs on the market can be used to help treat symptoms during a relapse/exacerbation.

There are now 10 disease- modifying drugs for MS, many that have been approved within the past few years. These drugs are very expensive, but patient assistance programs through the pharmaceutical companies can help those who qualify access the medication.

For reasons we do not clearly understand, MS is diagnosed in women 2.5 to four times more than in men. It is also found primarily in people far from the equator. People of northern European ancestry, particularly from Scotland, have the greatest risk.

In general, one person out of 750 in the United States has a chance of being diagnosed. Among those with first-degree relatives who have the disease, the risks increase to one in 40. Those who have an identical twin with MS have a one-in-four chance of diagnosis. Some combination of genetics, geography, ethnicity, and possibly an infectious trigger are believed to be responsible for MS, according to current data from the National MS Society.

4. Only about one-third of people with MS use wheelchairs 20 years after diagnosis.

When we think of MS, most of us imagine a person who is unable to walk. MS does affect gait, mobility, muscle strength, and flexibility, but not for everyone. Research shows that only one in three people with MS use wheelchairs two decades following diagnosis. Some use canes or other devices for walking assistance.

An active lifestyle is important for people with MS to maintain their strength and mobility. Adaptive recreation, yoga, hydrotherapy, hippotherapy (horses), and other activities can make a real difference. Many years ago, people with MS were told not to exercise. However,

Jimmie Heuga, an Olympic medalist who was later diagnosed with MS, changed the mind-set in the field of MS treatment about exercise.

One issue to be considered with regard to exercise for those with MS is heat sensitivity. Becoming overheated often triggers a pseudo-exacerbation in which the person experiences symptoms for several hours or days. For this reason, people may need to use cooling equipment when exercising or outside on hot or humid days. MS fatigue is also an issue to be considered, as most people with MS experience this symptom most of the time. Physical therapy can be helpful for people with MS who have muscle spasms, stiffness, mobility, balance, gait, or other problems.

About 50% of people with MS will experience cognitive impairment. This is most often a problem with executive functioning, such as planning, spatial relations, following directions, working memory, prioritizing, and making decisions. People may one day simply forget how to drive home from work, or get lost going to a grocery store where they have shopped for years. It may take people longer to think of words that they normally use, or respond to questions. These changes can be very frightening.

If you know or work with someone with MS, be aware that every person experiences MS differently.