Exposure to Superheroes Linked to Aggression in Children 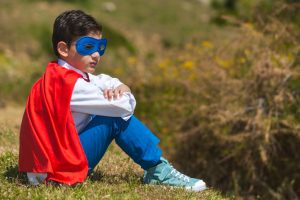 Preschool-age children who frequently engage with superhero culture—by watching superhero movies or dressing like superheroes—may be more likely to behave aggressively, according to a study published in the Journal of Abnormal Child Psychology.

Researchers interviewed 240 preschoolers and their parents. Forty-nine percent of the participating children were male, and 51% were female.

A year after the initial analysis of a child’s identification with superhero culture, researchers assessed children’s aggression based on parental reports. Children who identified with superheroes were more likely to be relationally and physically aggressive. Compared to peers who were less invested in superheroes, the children did not show more prosocial behavior such as defending children against bullies.

Understanding the Effects of Superhero Culture

The study did not directly assess why children who like superheroes tend to exhibit more aggressive behavior, and did not establish a clear causal connection. However, its authors hypothesize that the complexity of superhero narratives might partially explain the violence. Superhero stories are often complex, but preschoolers may not understand the complexities behind the violence or aggression they witness. As a result, they may latch onto violence as the dominant theme of superhero narratives.

The study’s authors do not recommend forbidding access to superheroes. They suggest instead that parents adopt a moderate approach, finding ways to focus on more positive aspects of superhero culture and encouraging children to develop a wide range of interests.